The sleeper TV hit this year has to be the new Netflix sci-fi show Stranger Things.
The creepiness of the setting, the cast, the CIA conspiracy theories and many other incredible 80’s sci-fi references are only part of what makes this show so addictive. And don’t take our word for it, IMDB and Rotten Tomatoes have also given it rave reviews.
Below, we break down some of the best quotes from this first season as we eagerly anticipate season 2.
And, if you’re like us and binge watched the show on Netflix already, check out the video at the bottom for an explanation of the ending and clues for season 2.

Chapter One: The Vanishing of Will Byers [S1.E1]

Jim Hopper: Floo, Floo we’ve discussed this, mornings are for coffee and contemplation.

Dustin: Except I can’t fight evil with it.

Mike: Something’s coming. Something hungry for blood. A shadow grows on the wall behind you, swallowing you in darkness. It is almost here.

Troy: Step right up ladies and gentlemen, step right up and get your tickets to the freak show. Who’d you think would make more money in a freak show – Midnight, Frog-face, or Toothless?

Mike: The campaign took 2 weeks to plan! How was I supposed to know it was going to take 10 hours?
Karen: You’ve been playing for 10 hours?
Hopper: Have you ever heard of Mirkwood?
Callahan: I have not, that sounds made up to me.
Lucas: No, it’s from Lord of the Rings.
Dustin: The Hobbit.
Lucas: It doesn’t matter!
Dustin: He asked!

Lucas: We’re going back to Plan A; we’re telling your mom.
Eleven: No.

Mike: I just didn’t want you to think I was such a wastoid, you know?
Eleven: Mike?
Mike: Yeah?
Eleven: I understand.

Lucas: Oh yeah: this is the monster killer!

Mike: You were supposed to help us find him alive!

Dustin: Why do we even need weapons anyway. We have her.
Lucas: She shut one door!
Dustin: With her mind!

Joyce: You’re talking about grief – this is different. 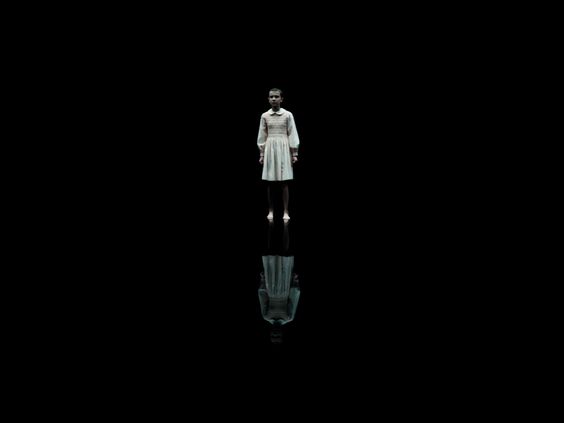 Chapter Five: The Flea and the Acrobat [S1.E5]

Lucas: She helped just enough so she could get what she wants: food and a bed. She’s like a stray dog.

Mike: Do you know how to get there? To the upside down?

Science is neat, but I’m afraid it’s not very forgiving.

Joyce: I will keep these lights up until the day I die, if it helps bring Will back. Now get out of my house!

Nancy Wheeler: My mom was young; my dad was older, but he had a cushy job, money, came from a good family. So, they bought a nice house at the end of the cul-de-sac and started a nuclear family.

Jonathan: My dad took me hunting on my birthday. Made me kill a rabbit.
Nancy: A rabbit?
Jonathan: Yeah. I guess he thought it would make me into more of a man, or something. I cried for a week.
Nancy: Jesus.
Jonathan: What? I’m a fan of Thumper.

Dustin: Do you really want to fight the demogorgen with your wrist rocket?

Florence: Only love makes you that crazy, sweetheart, and that damn stupid.

Dustin: You better run! She’s our friend and she’s crazy.

Mike: No, you saved me, you’re not the monster.

Lucas: They know about eleven!

Ted: My God, is she Russian?

Dustin: Why are you keeping this curiosity door locked?

Jim: Listen to me: I’m going to find him

Chapter Eight: The Upside Down [S1.E8]

Martin Brenner: Six. Six people have been taken this week. This thing that took your son… We don’t really understand it. But it’s behavior is predictable. Like all animals, it eats. It will take more sons. More daughters. I want to save them. I want to save your son. But I can’t do that. Not without your help.

Joyce Byers: Stop. I know who you are. I know what you’ve done. You took my boy away from me! You left him in that place to die! You faked his death! We had a funeral. We buried him. And now you’re asking for my help? Go to hell.

Jim: You think I actually wanted to come to this?

I was just hungry!

We will continue to add our favorite quotes as the show progresses, so check back often to discover and share the absolute best sayings from Stranger Things.