Dogs are wise. They crawl away into a quiet corner and lick their wounds and do not rejoin the world until they are whole once more. – Agatha Christie

If you’ve ever tried and failed to teach your dog a new trick, this might make you a little jealous. Sit, stay, down, come, even the simplest tricks can sometimes pose a challenge. And of course this is further complicated by other factors like breed and age.

Meet Scout, a rescued pitbull from Ontario, Canada, whose docile nature is captured beautifully in these hilarious images. Stuff on Scout’s Head is a Tumblr created by Jen Gillen , that – as the title suggests – showcases Scout balancing anything and everything on his head. A paint bucket, a vase filled with flowers, a laptop, and food. Lots and lots of random food. In fact, Scout is so well trained he can balance a mountain of donuts without even trying.

Not too shabby little man.

As you can imagine, Scout eats none of what is placed on his head with all of it eventually ending up back in the fridge. Jen is also taking submissions so if there is something you would like to see him balance, drop her a line.

The 25 Best Quotes About Dogs

“If your dog is fat, you aren’t getting enough exercise.” – Anonymous 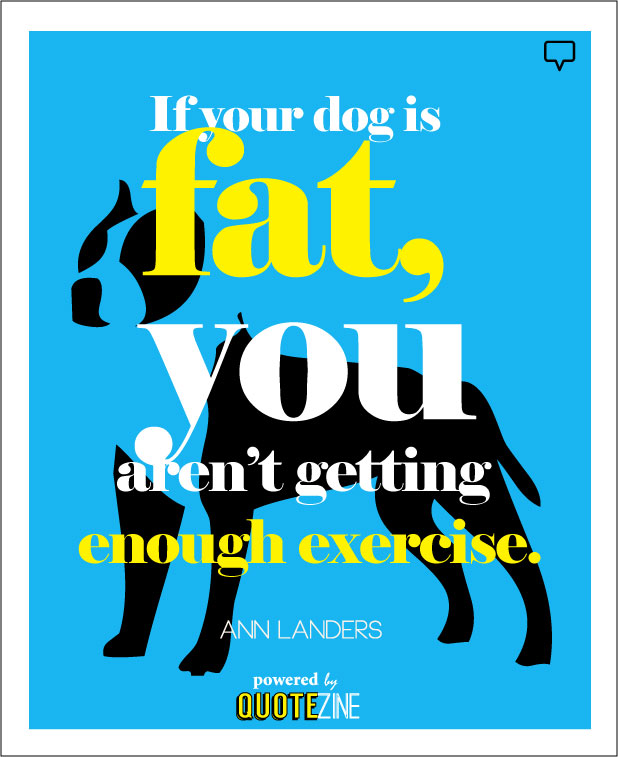 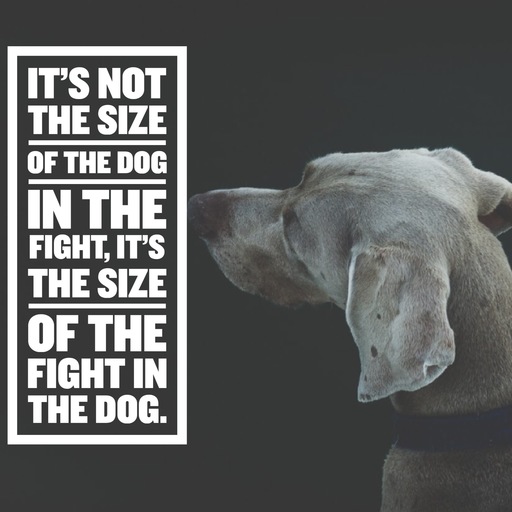 “Dogs have so many friends because they wag their tails, not their tongues.” – Proverb 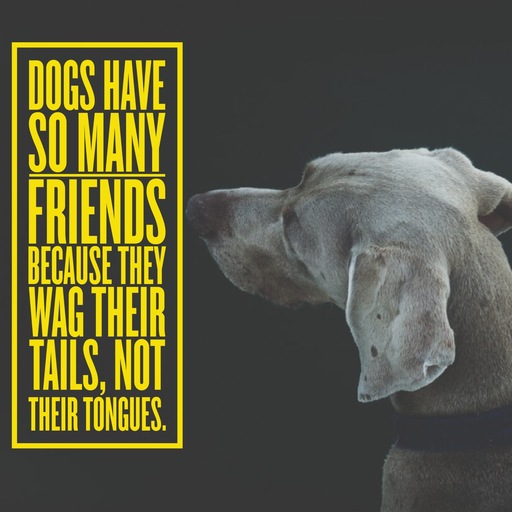 Dogs are better than human beings because they know but do not tell. – Emily Dickinson 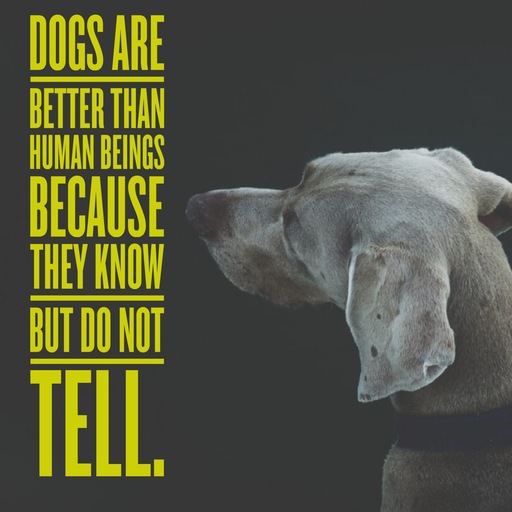 Women and cats will do as they please, and men and dogs should relax and get used to the idea. – Robert A. Heinlein 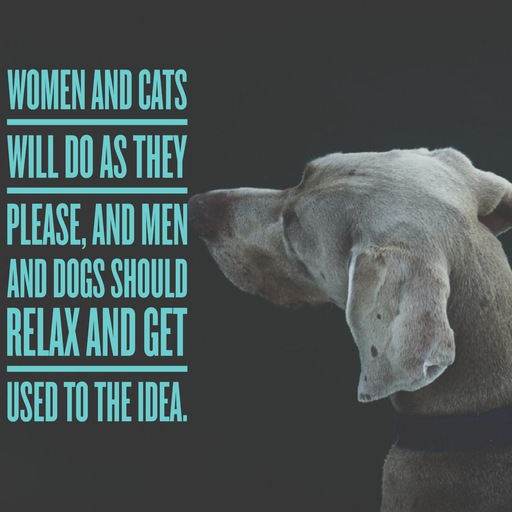 “If you think dogs can’t count, try putting three dog biscuits in your pocket and then give him only two of them.” – Phil Pastoret 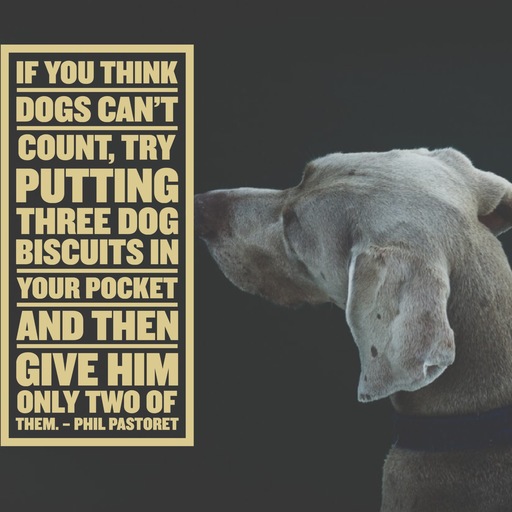 A dog is the only thing on earth that loves you more than he loves himself. – Josh Billings 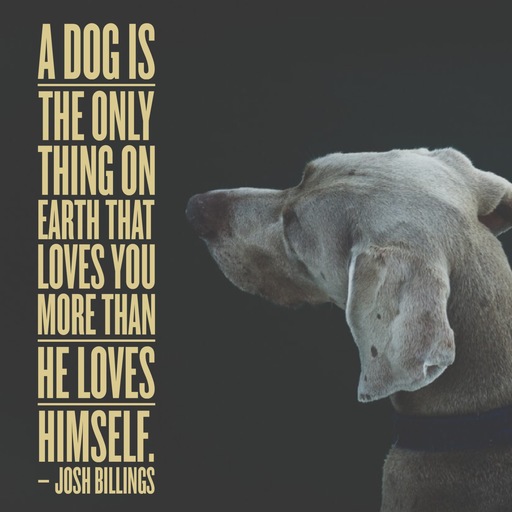 8) On Keeping Your Ego In Check:

“Don’t accept your dog’s admiration as conclusive evidence that you are wonderful.” – Ann Landers 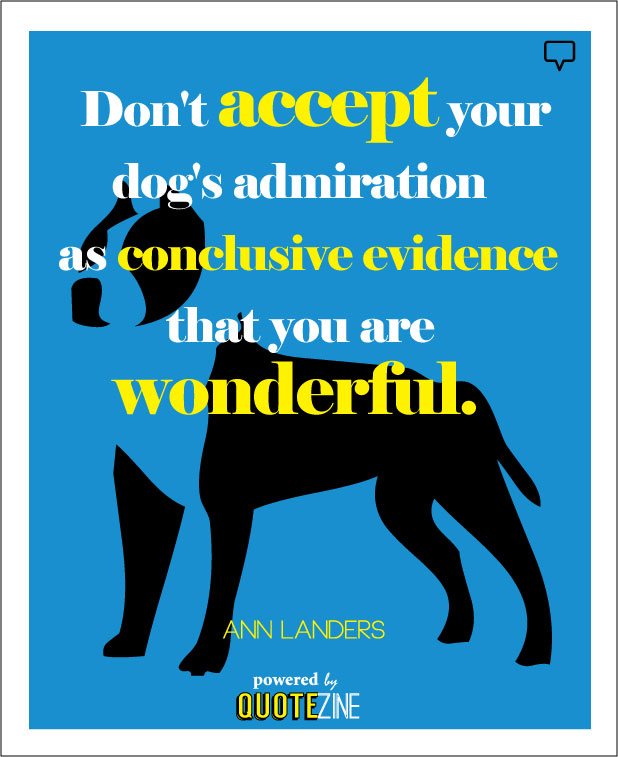 “Money will buy a pretty good dog, but it won’t buy the wag of his tail.” –  Josh Billings 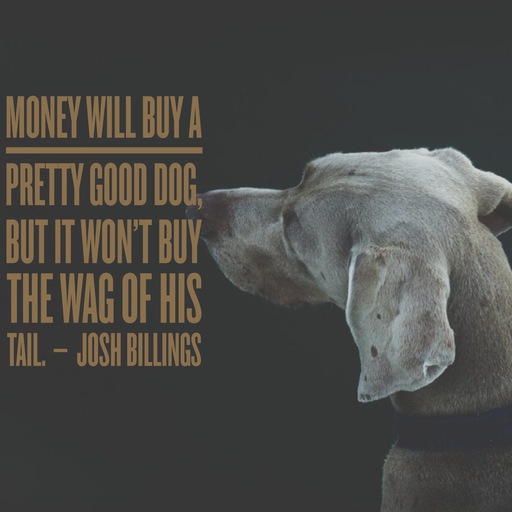 “My goal in life is to be as good of a person as my dog thinks I am.” – Anonymous 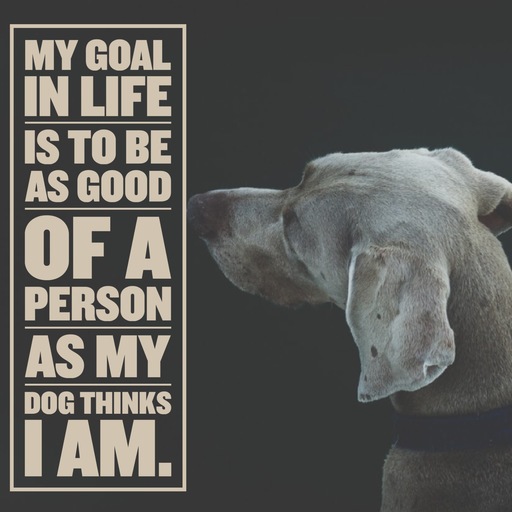 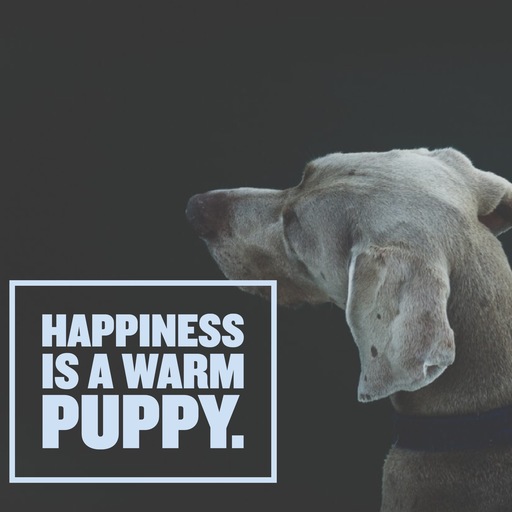 “Dogs love their friends and bite their enemies, quite unlike people, who are incapable of pure love and always have to mix love and hate.” – Sigmund Freud 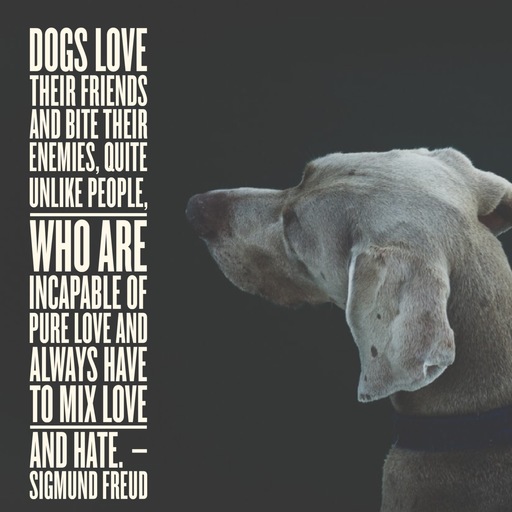 “Anybody who doesn’t know what soap tastes like never washed a dog.” – Franklin P. Jones 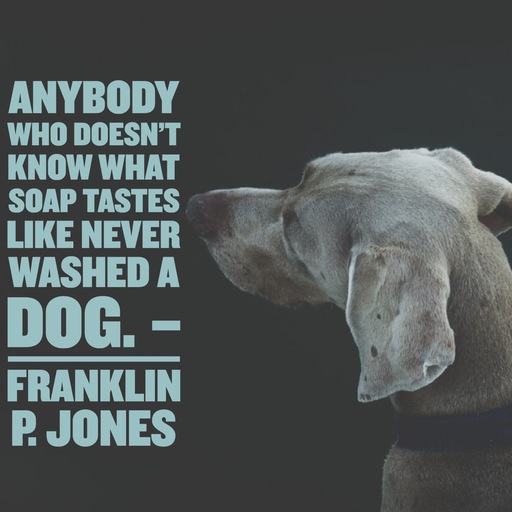 “If there are no dogs in Heaven, then when I die I want to go where they went.”  – Will Rogers 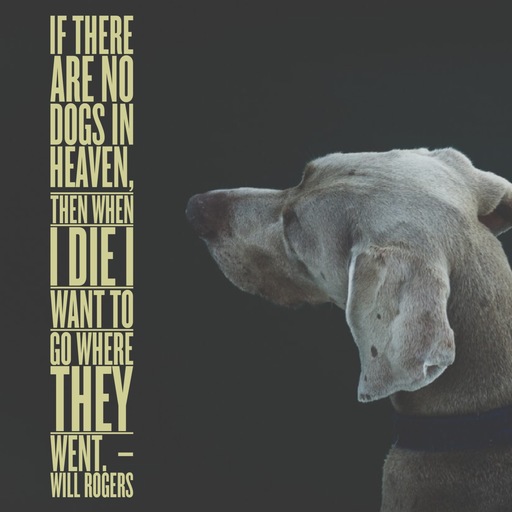 “I wonder if other dogs think poodles are members of a weird religious cult.” – Rita Rudner 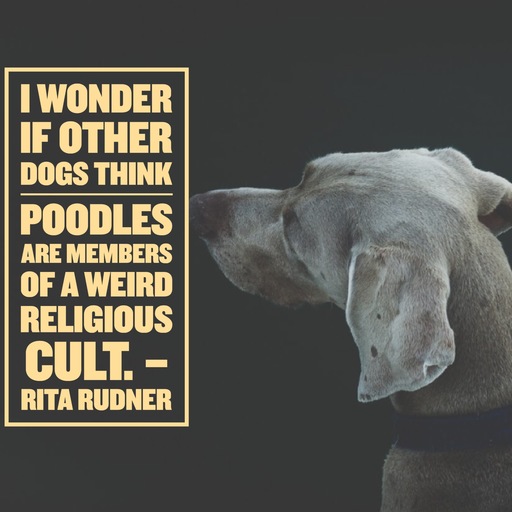 I care not for a man’s religion whose dog and cat are not the better for it. – Abraham Lincoln 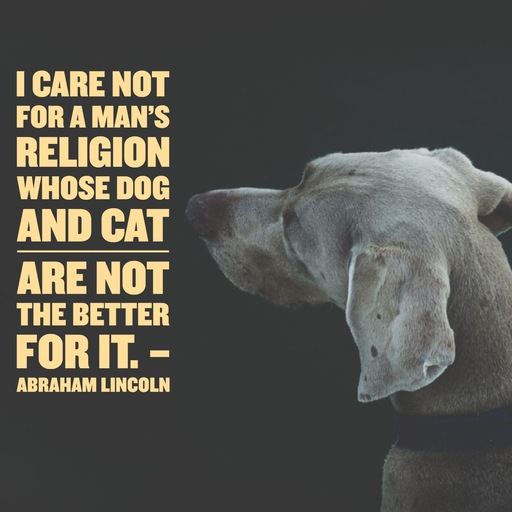 “No matter how little money and how few possessions you own, having a dog makes you feel rich.” – Louis Sabin 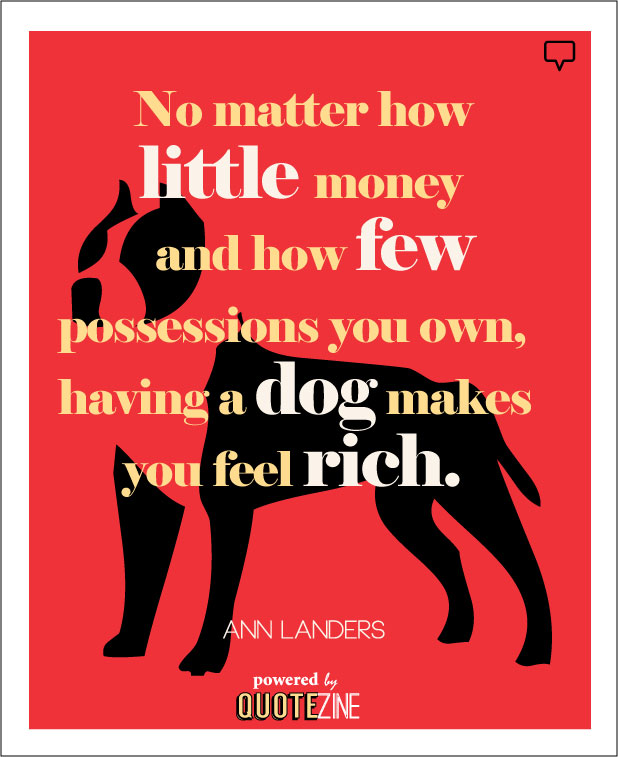 “To his dog, every man is Napoleon; hence the constant popularity of dogs.” – Aldous Huxley

There are three faithful friends – an old wife, an old dog and ready money. – Ben Franklin 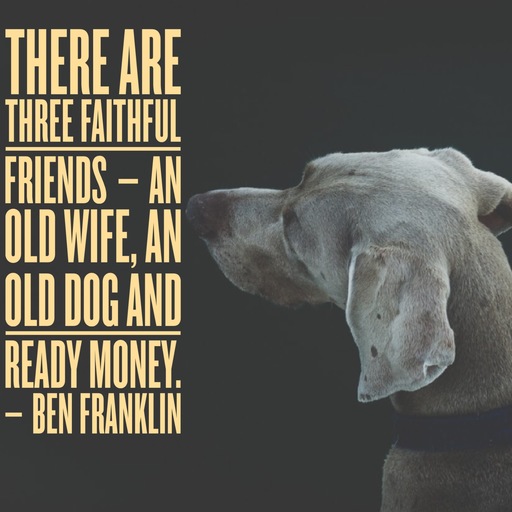 “The great pleasure of a dog is that you make a fool of yourself with him and not only will he not scold you, he will make a fool of himself too.” – Samuel Butler

“A house without either a cat or a dog is the house of a scoundrel.” – Portuguese Proverb 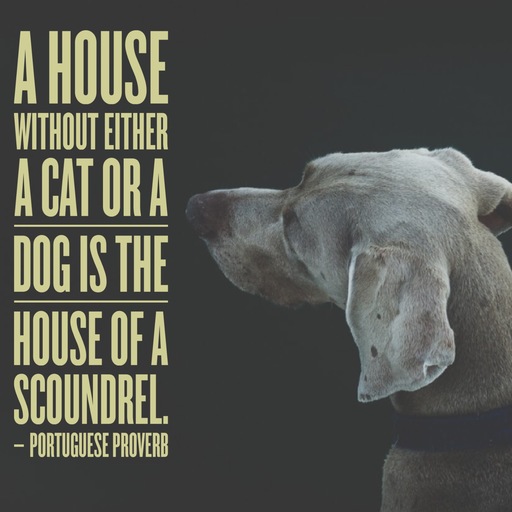 The more I see of men the more I like dogs.” – Madame de Stael

24) On Our Responsibilities As Citizens:

“Children and dogs are as necessary to the welfare of the country as Wall Street and the railroads.” –  Harry S. Truman 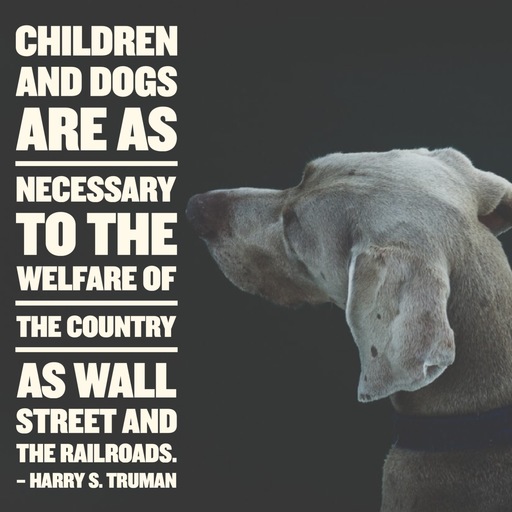 “In order to keep a true perspective of one’s importance, everyone should have a dog that will worship him and a cat that will ignore him.” – Dereke Bruce

Do you have any favorite quotes about dogs we may have missed? Let us know in the comments.