Even though we’re well past the first day of Autumn – which fell on Tuesday, September 23rd this year – the fall doesn’t seem to want to give up. With months of talk about polar vortexes and crazy winter weather, the lack of snow on the ground make it feel like we’ve dodged a bullet this year.

Although we may not be completely out of the woods yet, there’s still time to enjoy the outdoors before the cold weather forces us into hibernation mode.

And really, what’s more romantic than the fall?

So for as long as we have left this season, let’s celebrate the warmer weather in style.

Now before we dive in, consider how much we actually know about this colorful season.

Here are 3 interesting facts we recently learned about Autumn:

1) Halloween has actually been a big part of fall for centuries. Wearing masks and costumes can actually be traced back to early Celtic tradition. The Celts believed that Ghosts would actually roam freely on Halloween, so they used disguises to protect themselves.

How cool is that? and what about this:

2) The Pumpkins we eat and use for decorations today were actually named by the greeks. The word Pumpkin is derived from “pepon,” which means “large melon.”

How about this one:

3) The changing colour of leaves is due to cold weather and less light which affects the way plants create chlorophyll – the green pigment that captures light and powers photosynthesis. This disruption allows other tones to shine through giving leaves a more red or orange colour.

So now that you’ve learned a few fun facts, here are some quotes to get you in the spirit.

20 Autumn Quotes And Facts To Fall In Love With Fall

1. “Autumn is a second spring when every leaf is a flower.” –  Albert Camus 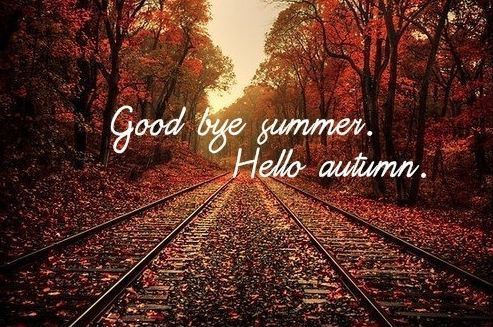 2. “It looked like the world was covered in a cobbler crust of brown sugar and cinnamon.” –  Sarah Addison Allen, First Frost

3. “I’m so glad I live in a world where there are Octobers.”
― L.M. Montgomery, Anne of Green Gables 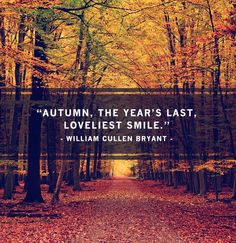 5. “Fall has always been my favorite season. The time when everything bursts with its last beauty, as if nature had been saving up all year for the grand finale.”- Lauren DeStefano, Wither

6. “Autumn seemed to arrive suddenly that year. The morning of the first September was crisp and golden as an apple.”
– J.K. Rowling, Harry Potter and the Deathly Hallows 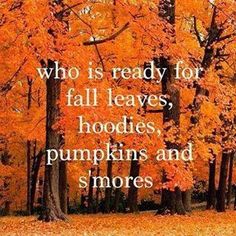 10. “There is something incredibly nostalgic and significant about the annual cascade of autumn leaves.” –  Joe L. Wheeler

11. “Love the trees until their leaves fall off, then encourage them to try again next year.”  – Chad Sugg

12. “Don’t you love New York in the fall? It makes me want to buy school supplies. I would send you a bouquet of newly sharpened pencils if I knew your name and address.”  – Nora Ephron

13. “Autumn carries more gold in its pocket than all the other seasons.” –  Jim Bishop

14. “Fall colors are funny. They’re so bright and intense and beautiful. It’s like nature is trying to fill you up with color, to saturate you so you can stockpile it before winter turns everything muted and dreary.” –  Siobhan Vivian, Same Difference

15. “Autumn that year painted the countryside in vivid shades of scarlet, saffron and russet, and the days were clear and crisp under harvest skies.” – Sharon Kay Penman, Time and Chance

16. “It was a beautiful bright autumn day, with air like cider and a sky so blue you could drown in it.” –  Diana Gabaldon, Outlander 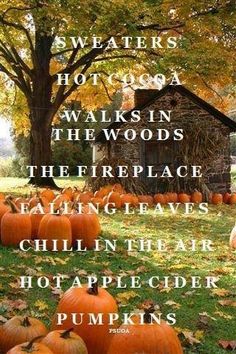 17. “Love the trees until their leaves fall off, then encourage them to try again next year.” –  Chad Sugg

18.  “I cannot endure to waste anything so precious as autumnal sunshine by staying in the house.” –  Nathaniel Hawthorne, The American Notebooks

19. “Why is summer mist romantic and autumn mist just sad?”  –  Dodie Smith, I Capture the Castle

20. “There is something incredibly nostalgic and significant about the annual cascade of autumn leaves.”  – Joe L. Wheeler

There you have it. A few new facts and the perfect quotes to get you in the mood to play in some leaves while you still have the chance. Now get outside and enjoy yourselves.

If you have any quotes, facts or tips you want to add, let us know in the comments.