This one is for the amazing Fathers out there. Your protector, confidant and firm but fair disciplinarian. That awesome Dad you could always count on for support and guidance. It’s a tough job being all of those things, and this post is about celebrating those who rise to the challenge. This collection rounds up 15 of the best quotes we could find on being a fantastic Father.

“My father gave me the greatest gift anyone could give another person, he believed in me.” – Jim Valvano 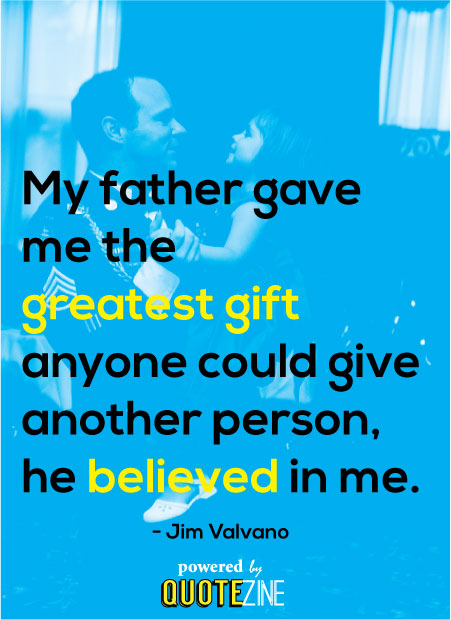 2. On Being A Great Father:

Being a father has been, without a doubt, my greatest source of achievement, pride and inspiration. Fatherhood has taught me about unconditional love, reinforced the importance of giving back and taught me how to be a better person.
– Naveen Jain

3. On Sons Realizing Their Dads Advice:

“By the time a man realizes that maybe his father was right, he usually has a son who thinks he’s wrong.” – Charles Wadsworth

4. On Being Patient With Daughters:

“Many a man wishes he were strong enough to tear a telephone book in half, especially if he has a teenage daughter.” – Guy Lombardo

5. On Believing In Yourself:

“Nothing splendid has ever been achieved except by those who dared believe that something inside them was superior to circumstance.”-Bruce Barton

“A wedding is for daughters and fathers. The mothers all dress up, trying to look like young women. But a wedding is for a father and daughter. They stop being married to each other on that day.”– Sarah Ruhl

“You don’t raise heroes, you raise sons. And if you treat them like sons, they’ll turn out to be heroes, even if it’s just in your own eyes.”

8. On Raising A Daughter:

“The Five Keys:1. Always be involved in her life2. Respect and honor her mom.3. Treasure every moment with her.4. Pray for her every day.5. Be her hero.”– Harry H. Harrison Jr.

“There is nothing that moves a loving father’s soul quite like his child’s cry.” – Joni Eareckson Tada

“The greatest mark of a father is how he treats his children when no one is looking.” – Dan Pearce 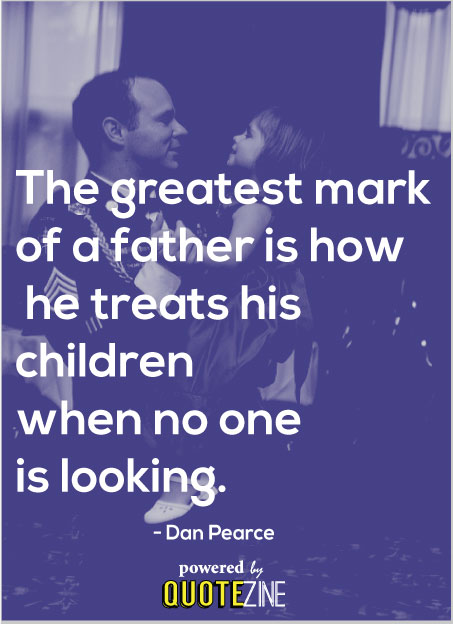 “If you would have a good wife, marry one who has been a good daughter.” – Thomas Fuller

“I’m so proud of you that it makes me proud of me. I hope you know that.”
― John Green

“When a father gives to his son, both laugh; when a son gives to his father, both cry.”
– William Shakespeare 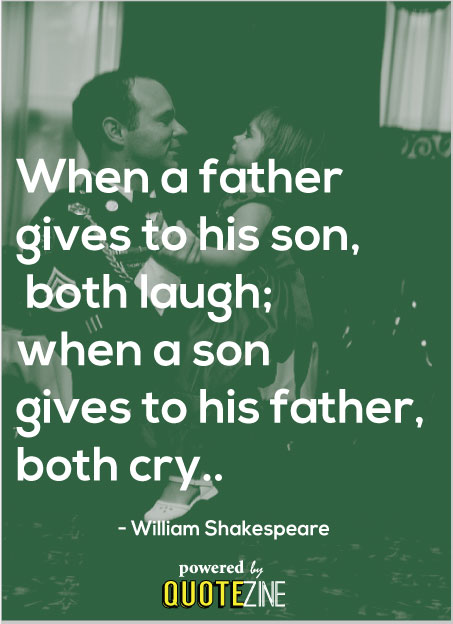 “A real man loves his wife, and places his family as the most important thing in life. Nothing has brought me more peace and content in life than simply being a good husband and father.”
– Frank Abagnale