[quote]If you don’t know where you’re going, any road will take you there[/quote]

As a songwriter, George Harrison is probably best known for writing the classics “I Saw Her Standing There” and “Something”. Although John Lennon and Paul McCartney seem to get most of the credit for the Beatles songwriting, and Ringo Starr for the personality, almost no album they put out was complete without an original piece from Harrison.

He achieved massive success with the Beatles, but was no slouch when it came to his solo career. It’s for these achievements that he was nominated as both Rolling Stone’s 11th greatest guitarist of all-time and inducted into the Rock and Roll Hall of Fame twice – two incredibly prestigious honours.

Below we round up the best quotes from his legendary career.

1. As long as you hate, there will be people to hate. – George Harrison

2. With our love, we could save the world. – George Harrison

3. When you’ve seen beyond yourself, then you may find, peace of mind is waiting there. – George Harrison

4. Try to realize it’s all within yourself no one else can make you change, and to see you’re only very small and life flows on within you and without you. – George Harrison 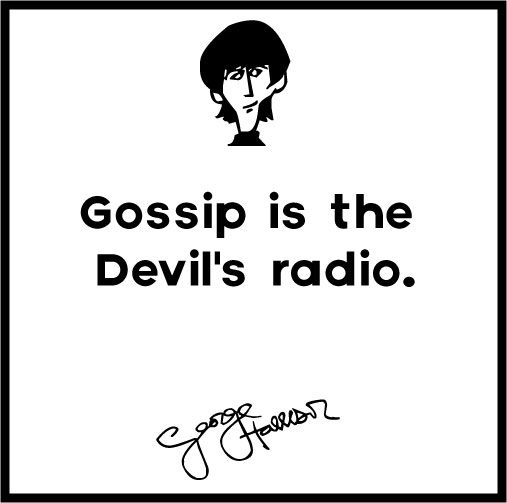 6. I wanted to be successful, not famous. – George Harrison

7. Give me love, give me peace on earth, give me light, give me life, keep me free from birth, give me hope, help me cope, with this heavy load, trying to, touch and reach you with, heart and soul. – George Harrison

8. We were talking about the space between us all and the people who hide themselves behind a wall of illusion. Never glimpse the truth – then it’s far too late when they pass away. – George Harrison

9. I think the popular music has gone truly weird. It’s either cutesy-wutesy or it’s hard, nasty stuff. It’s good that this has life again with the youth.  – George Harrison

10. The Beatles will exist without us. – George Harrison

11. The nicest thing is to open the newspapers and not to find yourself in them. – George Harrison

12. The Beatles saved the world from boredom. – George Harrison

13. You’ve got as many lives as you like, and more, even ones you don’t want. – George Harrison

14. I’ll give up this sort of touring madness certainly, but music-everything is based on music. No, I’ll never stop my music. – George Harrison

15. As far as I’m concerned, there won’t be a Beatles reunion as long as John Lennon remains dead. – George Harrison

16. All the world is birthday cake, so take a piece, but not too much. – George Harrison 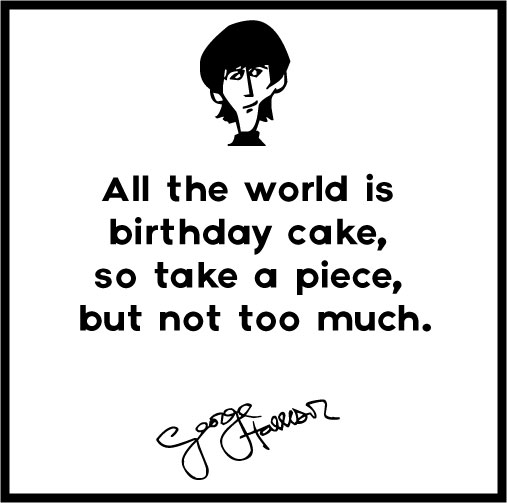 17. If you don’t know where you’re going, any road will take you there – George Harrison

18. With every mistake, we must surely be learning. – George Harrison

19. Life goes on within you and without you. – George Harrison

All things must pass.

Do you have any inspiring george harrison quotes we may have missed? Leave a comment below.

Beatles Quotes: The Most Witty, Questionable and Insightful Lyrics and Lines

The 20 Best Ringo Starr Quotes on Love and Peace