[quote]“You may say I’m a dreamer, but I’m not the only one. I hope someday you’ll join us. And the world will live as one.” [/quote]

If you haven’t heard of The Beatles, you’ve been living under a rock. Their undeniable influence on rock and roll shaped generations to come, from their unique musical talents to their floppy haircuts.

John Lennon, Ringo Starr,  Paul McCartney and George Harrison became famous in the early ’60s, and created Beatlemania– the insane pop culture revolution causing girls around the world to faint at the sight of the Fab Four on the Ed Sullivan Show, and that was just the beginning! The Beatles went on to write hundreds of hit songs and sell millions of albums around the globe.

In their time as a band (they eventually split in ’69, breaking millions of hearts globally!), The Beatles gave us some exceptionally quotable phrases. Some are funny, witty, charming and surprisingly insightful- just a few of the characteristics that made the Fab Four so popular in the first place.

Below are the best 8 quotes from some of the most memorable Beatles moments.

1. Interviewer: “What do you call that haircut you’re wearing?”

Our comment: George was often considered the quietest of the band, but he occasionally had his moments of witty sarcasm. George didn’t open up much, but when he did, he made creative gold- his songs “Here Comes the Sun” and “While My Guitar Gently Weeps” are masterpieces of musical artistry. Through his use of psychedelic drugs, George found solace in the Hare Krishna movement and Hindu mysticism, leading him to become vegetarian and practice meditation. Harrison unfortunately lost his battle to lung cancer in 2001, prompting his buddy Ringo Starr to write the song “Within You, Without You” on the loss of his best friend.

Our comment: Witty insights like this one weren’t few coming from John Lennon’s mouth. He was known as brutally honest and undeniably rude at times, but he was also an incredibly talented musician… And not hard on the eyes in his older days, as proven by his immense number of fainting female fans. He and his wife, Yoko Ono, were peace activists and the whole world felt a loss when Lennon was shot and killed at the young age of 40, leaving many to wonder what other extraordinary things Lennon would’ve done with his life if he were with us today.

3. “The rumours of my death have been greatly exaggerated!” – Paul McCartney

Our comment: Paul was often thought of as the leader of the group, and he and Lennon provided nearly all of the vocals for the band. He played an upside-down bass guitar because he was left-handed, and went on to sell many more records with his other band, The Wings. When news of his supposed death hit the public, fans everywhere mourned the loss of the famous musician, but as it turns out: it was just a hoax! Paul is still very much alive to this day and doing what he does best.

Our comment: Ah, Ringo… The misunderstood one who hung out in the back behind the safety of his drum set. Many people disregarded Ringo as the loner of the group. He was overlooked and underestimated, but what a lot of people didn’t know is that Mr. Starr actually did some songwriting himself and created one of The Beatles’ more famous songs- Yellow Submarine! Ringo has gone on to release many more singles since his Beatles days and is, in fact, still performing regularly.

5. “Christianity will go. It will vanish and shrink. I needn’t argue about that. I’m right and I’ll be proved right. We’re more popular than Jesus now.” – John Lennon

Our comment: Oh, classic John…. This controversial phrase was said during an interview with journalist Maureen Cleave, who published Lennon’s comment in the London Evening Standard magazine in 1966. John later apologized, but this is a typical, unwavering claim from Lennon that illustrates his arrogance. John knew what he wanted, and he went after it. He had an opinion, and he would offer it whether it was asked for or not and sometimes that could get him into trouble, but he never backed down. Perhaps if more people fought for what they thought was right, the world would be a better place? 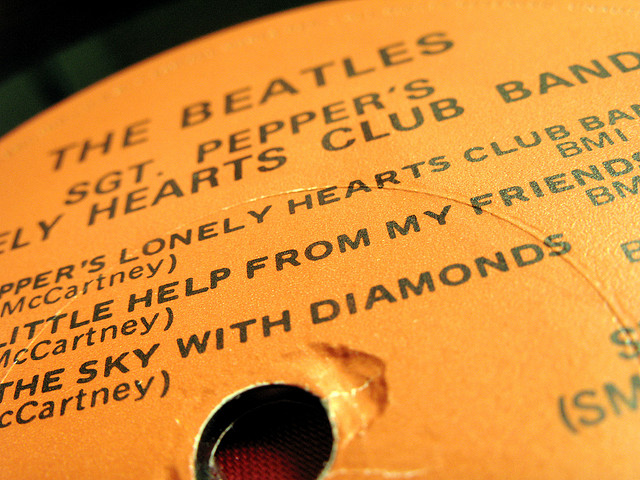 6. “I now realize that taking drugs is like taking an aspirin without having a headache.” -Paul McCartney

Our comment: It comes as no surprise that The Beatles tried too many drugs – they were famous in the sixties. Everything from marijuana to LSD, they were familiarized with drugs. However, because of their psychedelic drug use, they were able to create many incredible and revolutionary soundtracks, and some of their most famous songs. Unfortunately, poor George lost his battle with lung cancer due to his smoking, and Paul later came out with this insightful quote, but was it worth it?

Our comment: Ringo, you got your wish. Your music and legend (and that of your previous band) live on in the hearts of so many, myself included. You’re an extremely talented drummer who has inspired many from around the globe to take a chance with their musical talents as well. Your songs revolutionized music as it was previously known. So yes, I’d say you’re unforgettable, as are your fellow Beatles.

8. “I really thought love would save us all.” -John Lennon

Our comment: Who knew the pompous, arrogant Lennon was actually a big softie? In all honesty, John had a hard exterior but was a huge peace promoter. Many of his songs preached world peace and equality, and he and wife, Yoko Ono, even did a nonviolent protest of the Vietnam War in the form of a Bed-In. Despite taking a bit of a bad reputation for his lack of filter, John was actually a very respectable man who wanted the best for everyone around the world. Maybe we could tall take a few lessons from Lennon.

What is your favourite quote from one of the Beatles? Do you have a favourite song? We want to hear from you in the comments!

The 20 Best Ringo Starr Quotes on Love and Peace

George Harrison Quotes: The 20 Best Lyrics on Life and Music