The Beatles weren’t officially done until Paul McCartney went solo in 1970. George Harrison and John Lennon were the first to release solo albums, followed by Ringo Starr towards the end of 1968.

By the year of Mccartney’s release, a statement followed saying he was “breaking with the beatles”. It was official at that point: one of the greatest bands of all time would never quite be the same.

Here, we celebrate some of the most memorable lyrics and quotes from the man himself over his storied career. 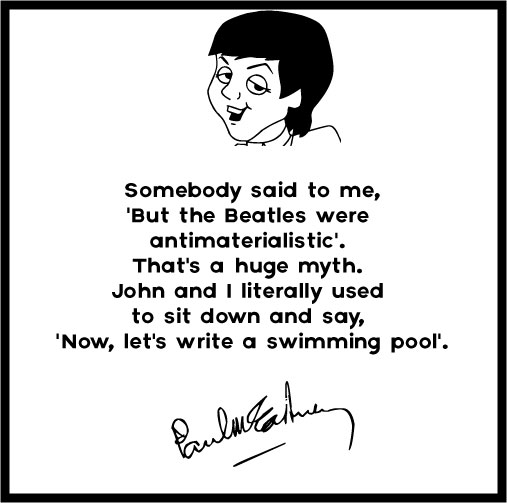 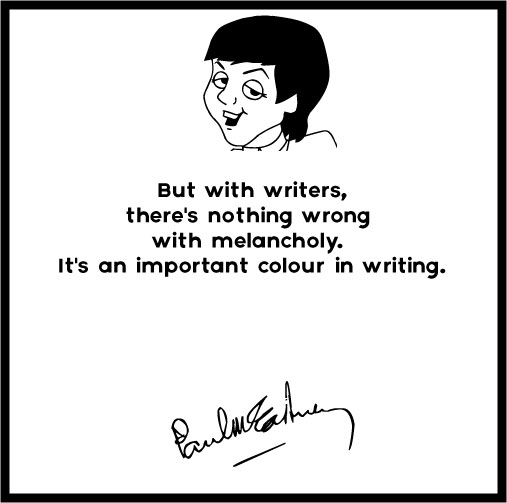 16. Being in the audience actually looks like quite a lot of fun. – Paul McCartney

17. Yesterday, all my troubles seemed so far away. Now it looks as though they’re here to stay. Oh, I believe in yesterday. – Paul McCartney

18. My grandkids always beat me at [the video game] Rock Band. And I say, Listen, you may beat me at Rock Band, but I made the original records, so shut up. – Paul McCartney

19. Why would I retire? Sit at home and watch TV? No thanks. I’d rather be out playing. – Paul McCartney

20. It was Elvis who really got me hooked on beat music. When I heard Heartbreak Hotel I thought, this is it. – Paul McCartney

21. I think people who create and write, it actually does flow – just flows from into their head, into their hand, and they write it down. It’s simple. – Paul McCartney

22. If children are studying the 20th century, I’m in their text books. – Paul McCartney

23. I can take pot or leave it. I got busted in Japan for it. I was nine days without it and there wasn’t a hint of withdrawal, nothing. – Paul McCartney

24. You know, as a kid I would have thought of a vegetarian as a wimp. – Paul McCartney

25. With life and all I’ve been through, I do have a belief in goodness, a good spirit. I think what people have done with religion is personified good and evil, so good’s become God with ‘o’ out, and evil’s become Devil with a ‘d’ added. That’s my theory of religion. – Paul McCartney

There you have it, our favourite Paul McCartney quotes and lyrics. Make sure to check out our other Beatles themed collections below and let us know if we missed anything.

Beatles Quotes: The Most Witty, Questionable and Insightful Lyrics and Lines


The 20 Best Ringo Starr Quotes on Love and Peace

George Harrison Quotes: The 20 Best Lyrics on Life and Music