According to Steven Poole of The Guardian, Haruki Murakami is “among the world’s greatest living novelists” for his collection of short stories and novels.

Here we have curated a collection of the absolute best quotes from Murakami’s brilliant career. We’ve combed through all of his novels – narrowing down the list to the 10 best – to select only the most memorable sayings from Norwegian Wood to 1q84. 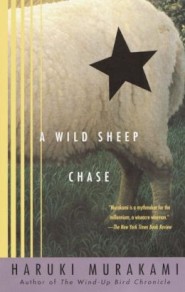 “Most everything you think you know about me is nothing more than memories.” – Haruki Murakami, A Wild Sheep Chase

“Sometimes I get real lonely sleeping with you.” – Haruki Murakami, A Wild Sheep Chase

“The light of morning decomposes everything.” – Haruki Murakami, A Wild Sheep Chase

“But even so, every now and then I would feel a violent stab of loneliness. The very water I drink, the very air I breathe, would feel like long, sharp needles. The pages of a book in my hands would take on the threatening metallic gleam of razor blades. I could hear the roots of loneliness creeping through me when the world was hushed at four o’clock in the morning.” – Haruki Murakami, The Wind-Up Bird Chronicle

“Is it possible, in the final analysis, for one human being to achieve perfect understanding of another?

We can invest enormous time and energy in serious efforts to know another person, but in the end, how close can we come to that person’s essence? We convince ourselves that we know the other person well, but do we really know anything important about anyone?” – Haruki Murakami, The Wind-Up Bird Chronicle

“Memories and thoughts age, just as people do. But certain thoughts can never age, and certain memories can never fade.” – Haruki Murakami, The Wind-Up Bird Chronicle

Hard-Boiled Wonderland and the End of the World

“Two people can sleep in the same bed and still be alone when they close their eyes” – Haruki Murakami, Hard-Boiled Wonderland and the End of the World

“Everyone may be ordinary, but they’re not normal.” – Haruki Murakami, Hard-Boiled Wonderland and the End of the World

“Whiskey, like a beautiful woman, demands appreciation. You gaze first, then it’s time to drink.” – Haruki Murakami, Hard-Boiled Wonderland and the End of the World

“Music brings a warm glow to my vision, thawing mind and muscle from their endless wintering.” – Haruki Murakami, Hard-Boiled Wonderland and the End of the World

“If you can love someone with your whole heart, even one person, then there’s salvation in life. Even if you can’t get together with that person.” – Haruki Murakami, 1Q84

“That’s what the world is , after all: an endless battle of contrasting memories.” – Haruki Murakami, 1Q84

Colorless Tsukuru Tazaki and His Years of Pilgrimage

“You can hide memories, but you can’t erase the history that produced them.” – Haruki Murakami, Colorless Tsukuru Tazaki and His Years of Pilgrimage

“One heart is not connected to another through harmony alone. They are, instead, linked deeply through their wounds. Pain linked to pain, fragility to fragility. There is no silence without a cry of grief, no forgiveness without bloodshed, no acceptance without a passage through acute loss. That is what lies at the root of true harmony.” – Haruki Murakami, Colorless Tsukuru Tazaki and His Years of Pilgrimage

“As we go through life we gradually discover who we are, but the more we discover, the more we lose ourselves.” – Haruki Murakami, Colorless Tsukuru Tazaki and His Years of Pilgrimage

Kafka On The Shore

“Memories warm you up from the inside. But they also tear you apart.” – Haruki Murakami, Kafka on the Shore

“If you remember me, then I don’t care if everyone else forgets.” – Haruki Murakami, Kafka on the Shore

“Sometimes fate is like a small sandstorm that keeps changing directions. You change direction but the sandstorm chases you. You turn again, but the storm adjusts. Over and over you play this out, like some ominous dance with death just before dawn. Why? Because this storm isn’t something that blew in from far away, something that has nothing to do with you. This storm is you. Something inside of you. So all you can do is give in to it, step right inside the storm, closing your eyes and plugging up your ears so the sand doesn’t get in, and walk through it, step by step. There’s no sun there, no moon, no direction, no sense of time. Just fine white sand swirling up into the sky like pulverized bones. That’s the kind of sandstorm you need to imagine.

And you really will have to make it through that violent, metaphysical, symbolic storm. No matter how metaphysical or symbolic it might be, make no mistake about it: it will cut through flesh like a thousand razor blades. People will bleed there, and you will bleed too. Hot, red blood. You’ll catch that blood in your hands, your own blood and the blood of others.

And once the storm is over you won’t remember how you made it through, how you managed to survive. You won’t even be sure, in fact, whether the storm is really over. But one thing is certain. When you come out of the storm you won’t be the same person who walked in. That’s what this storm’s all about.” – Haruki Murakami, Kafka on the Shore

“Lost opportunities, lost possibilities, feelings we can never get back. That’s part of what it means to be alive. But inside our heads – at least that’s where I imagine it – there’s a little room where we store those memories. A room like the stacks in this library. And to understand the workings of our own heart we have to keep on making new reference cards. We have to dust things off every once in awhile, let in fresh air, change the water in the flower vases. In other words, you’ll live forever in your own private library.” – Haruki Murakami, Kafka on the Shore

“Listen up – there’s no war that will end all wars.” – Haruki Murakami, Kafka on the Shore

“Silence, I discover, is something you can actually hear.” – Haruki Murakami, Kafka on the Shore

“Every one of us is losing something precious to us. Lost opportunities, lost possibilities, feelings we can never get back again. That’s part of what it means to be alive.” – Haruki Murakami, Kafka on the Shore

“For example, the wind has its reasons. We just don’t notice as we go about our lives. But then, at some point, we are made to notice. The wind envelops you with a certain purpose in mind, and it rocks you. The wind knows everything that’s inside you. And not just the wind. Everything, including a stone. They all know us very well. From top to bottom. It only occurs to us at certain times. And all we can do is go with those things. As we take them in, we survive, and deepen.” – Haruki Murakami, Hear the Wind Sing

“On any given day, something claims our attention. Anything at all, inconsequential things. A rosebud, a misplaced hat, that sweater we liked as a child, an old Gene Pitney record. A parade of trivia with no place to go. Things that bump around in our consciousness for two or three days then go back to wherever they came from… to darkness. We’ve got all these wells dug in our hearts. While above the wells, birds flit back and forth.” – Haruki Murakami, Pinball, 1973

“Me, I’ve seen 45 years, and I’ve only figured out one thing. That’s this: if a person would just make the effort, there’s something to be learned from everything. From even the most ordinary, commonplace things, there’s always something you can learn. I read somewhere that they said there’s even different philosophies in razors. Fact is, if it weren’t for that, nobody’d survive.” – Haruki Murakami, Pinball, 1973

“Sometimes I feel like a caretaker of a museum — a huge, empty museum where no one ever comes, and I’m watching over it for no one but myself.”- Haruki Murakami, Pinball, 1973

“What happens when people open their hearts?” “They get better.”  – Haruki Murakami, Norwegian Wood

“Nobody likes being alone that much. I don’t go out of my way to make friends, that’s all. It just leads to disappointment. ” – Haruki Murakami, Norwegian Wood

“Unfortunately, the clock is ticking, the hours are going by. The past increases, the future recedes. Possibilities decreasing, regrets mounting.” – Haruki Murakami, Dance Dance Dance

“As time goes on, you’ll understand. What lasts, lasts; what doesn’t, doesn’t. Time solves most things. And what time can’t solve, you have to solve yourself.” – Haruki Murakami, Dance Dance Dance

“What we seek is some kind of compensation for what we put up with.” – Haruki Murakami, Dance Dance Dance

And of course, this gem about truth and the future: 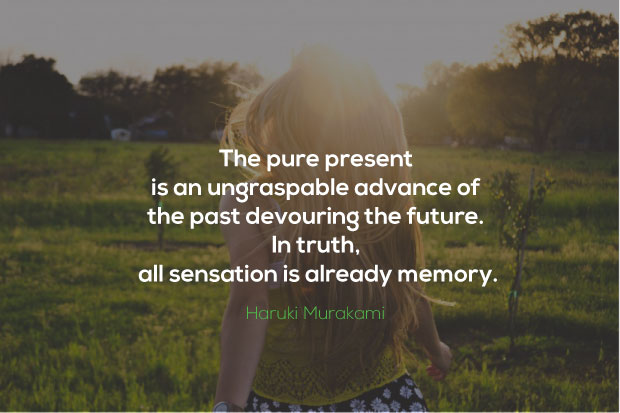 Did we miss any of your favorite Haruki Murakami quotes? let us know in the comments.