Steve Jobs , the visionary behind Apple Inc., is one of the most inspirational people in history. His quotes have been used by everyone from athletes and business people to musicians and world leaders.

His impact on the world was painfully clear when he passed away in 2011, at age 56, and people from around the world mourned through tweets, vigils at Apple stores and countless letters and notes.

His incredible story includes: being a mediocre student; then dropping out of Reed college altogether; launching Apple, then getting fired from it, only to start Pixar to great success; selling Pixar, becoming a billionaire and then being hired back to save Apple.

Here’s what else we can learn from Steve’s own words:

7. Be proud of your products

9. Marketing is about Values

There are obviously many more lessons to be learned.

So, we’ve compiled this list of some of his best quotes, so you can derive further inspiration from his wise words.

The 20 Best Steve Jobs Quotes On Work, Life and Design 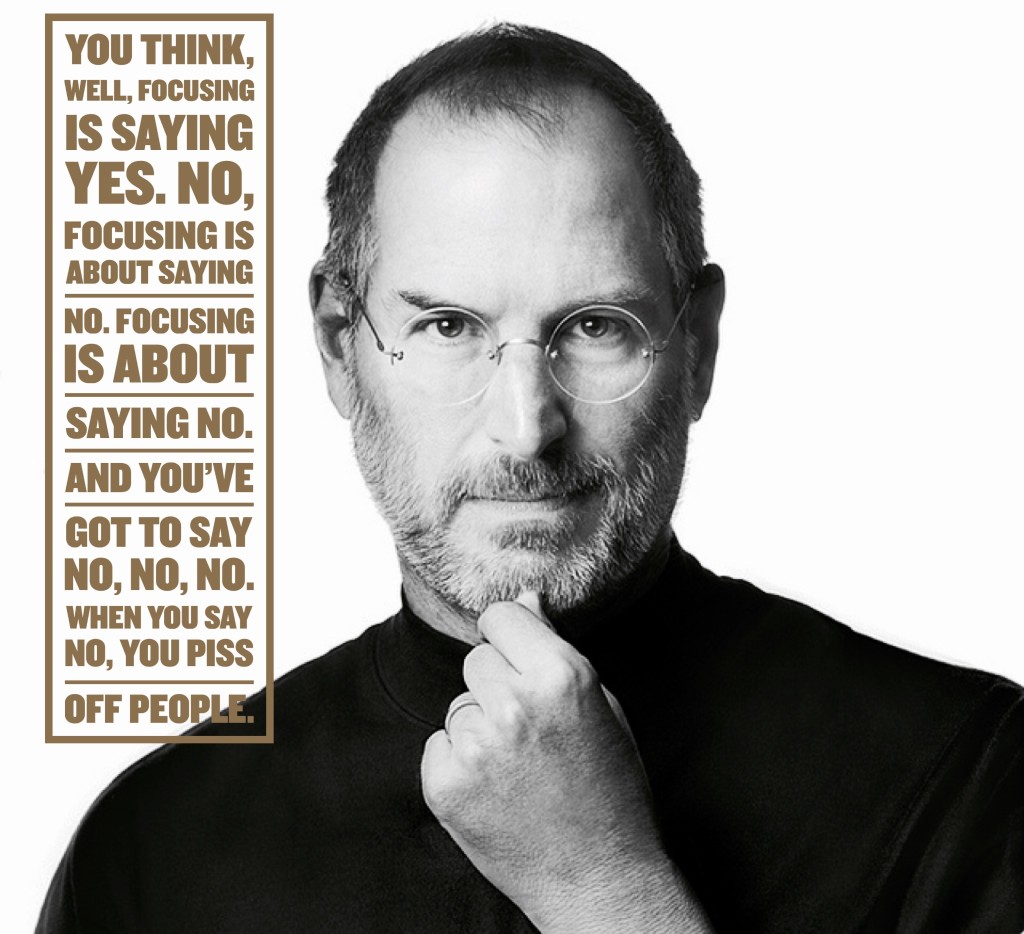 “No one wants to die. Even people who want to go to heaven don’t want to die to get there. And yet death is the destination we all share. No one has ever escaped it. And that is as it should be, because death is very likely the single best invention of life.” – Steve Jobs 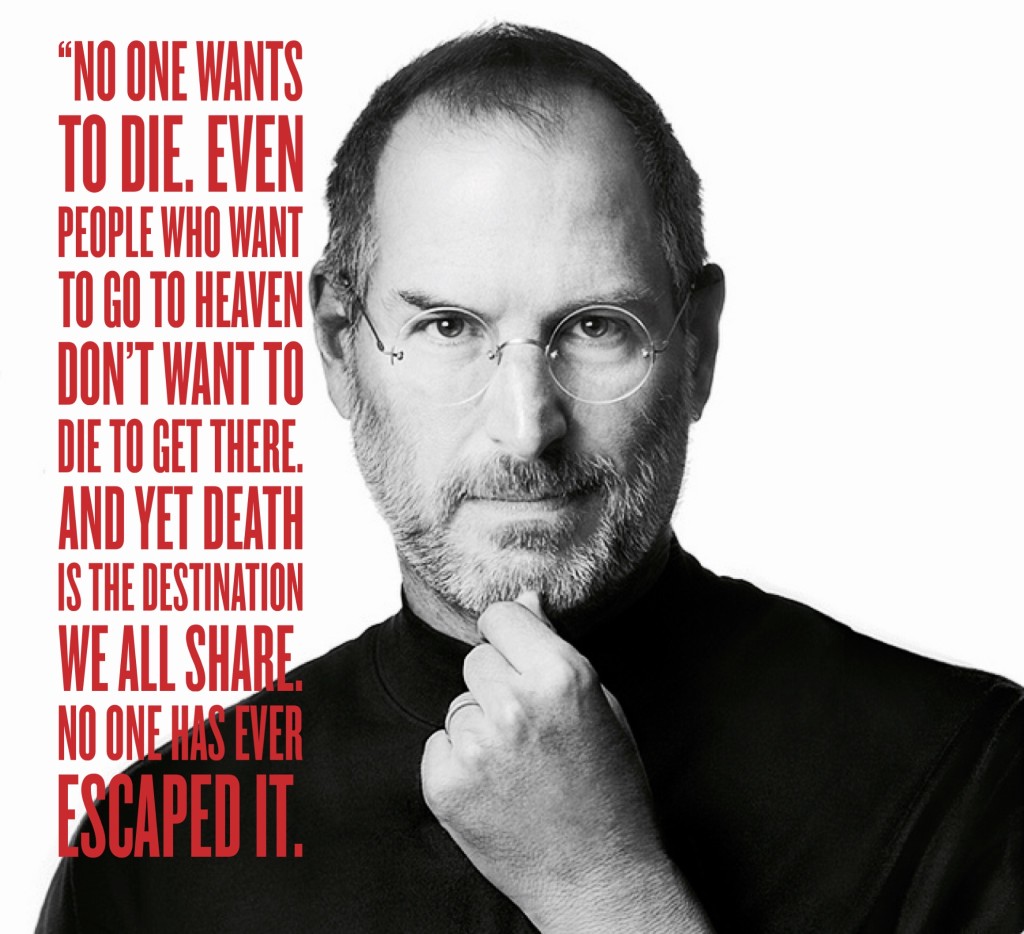 3. On Death As Inspiration:

“Remembering that you are going to die is the best way I know to avoid the trap of thinking you have something to lose. You are already naked. There is no reason not to follow your heart.” – Steve Jobs 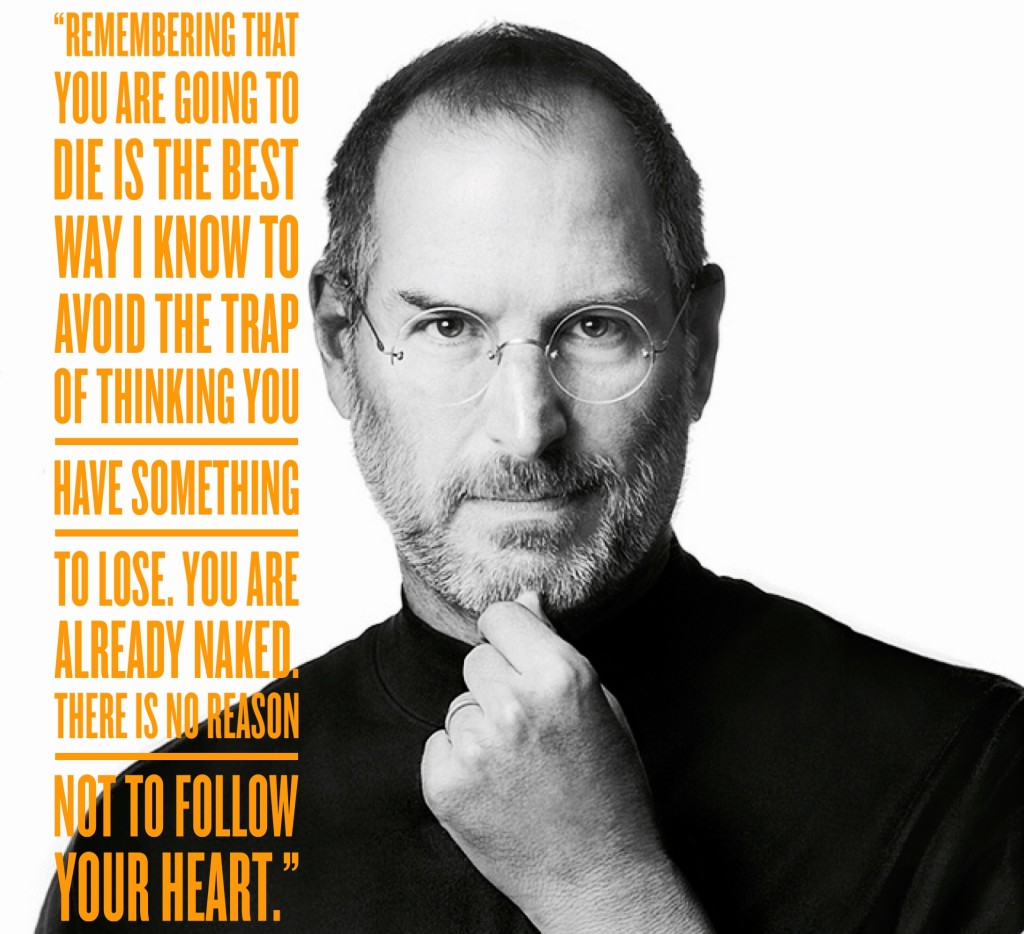 4. On Design By Committee:

“It’s really hard to design products by focus groups. A lot of times, people don’t know what they want until you show it to them.” – Steve Jobs 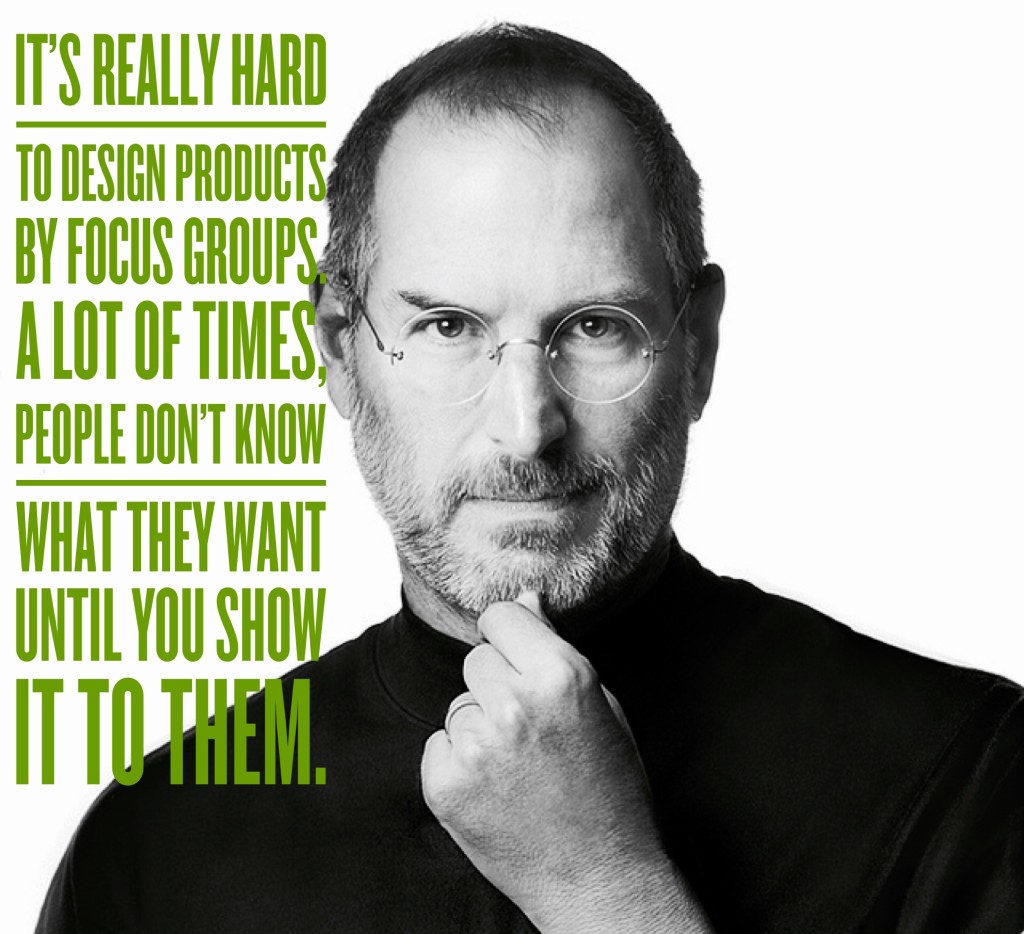 “That’s been one of my mantras – focus and simplicity. Simple can be harder than complex; you have to work hard to get your thinking clean to make it simple.” – Steve Jobs

Our thoughts: Attention to detail is essential. Steve had a long history of obsessing over even the smallest details and felt it was critical to doing great work. – Steve Jobs

“You can’t connect the dots looking forward; you can only connect them looking backwards. So you have to trust that the dots will somehow connect in your future. You have to trust in something — your gut, destiny, life, karma, whatever. This approach has never let me down, and it has made all the difference in my life.” – Steve Jobs 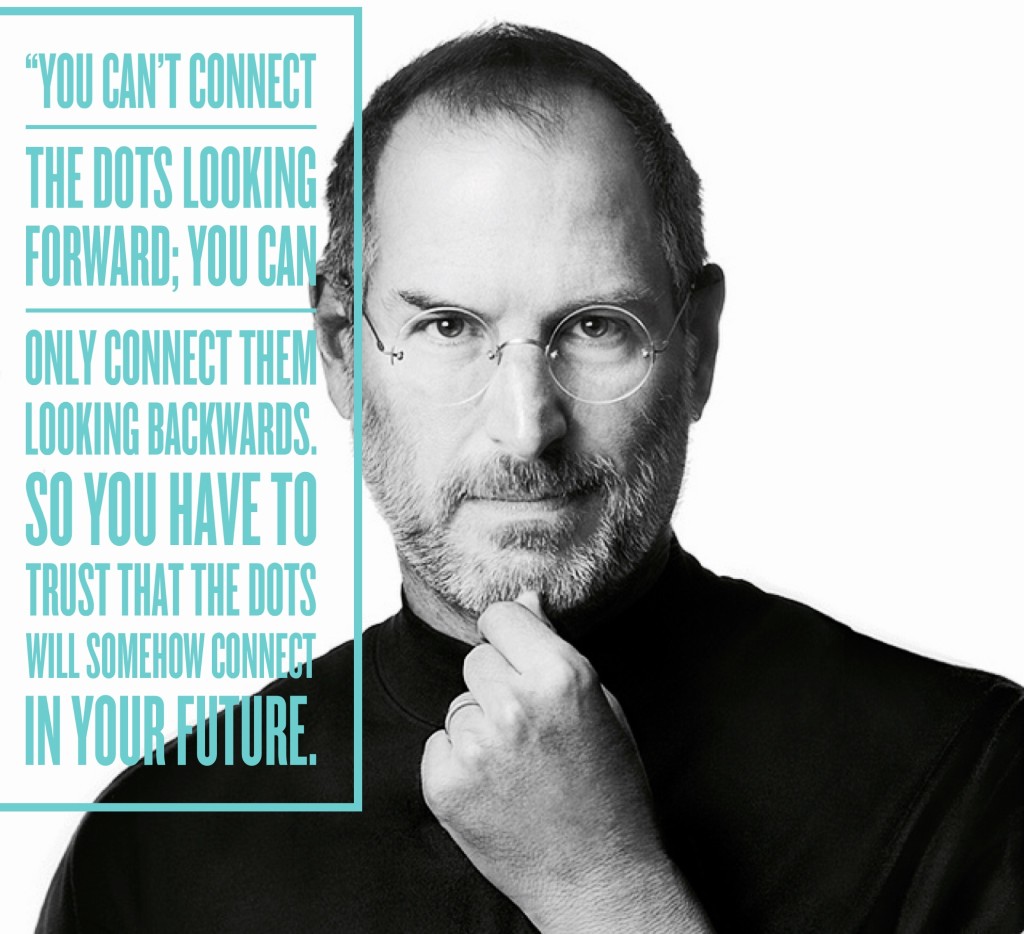 “Your work is going to fill a large part of your life, and the only way to be truly satisfied is to do what you believe is great work. And the only way to do great work is to love what you do. If you haven’t found it yet, keep looking. Don’t settle. As with all matters of the heart, you’ll know when you find it. And, like any great relationship, it just gets better and better as the years roll on. So keep looking until you find it. Don’t settle.” – Steve Jobs 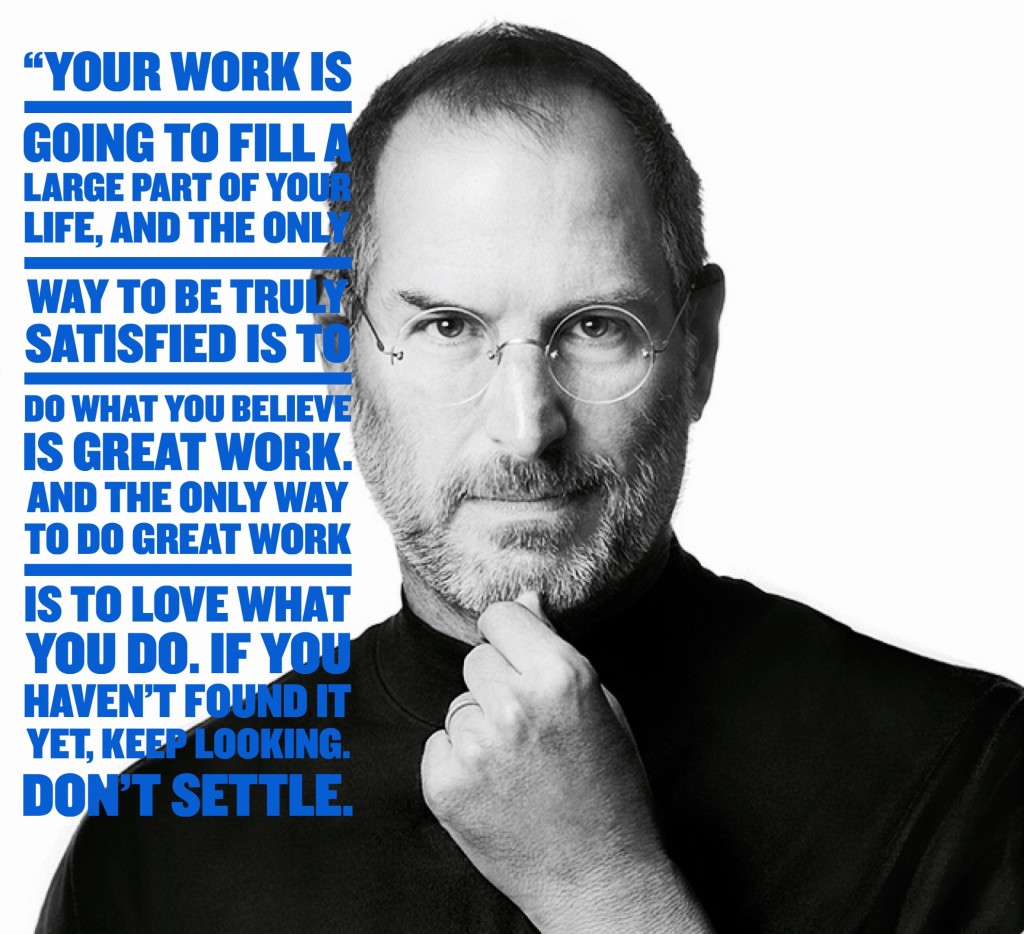 “Being the richest man in the cemetery doesn’t matter to me … Going to bed at night saying we’ve done something wonderful … that’s what matters to me.” 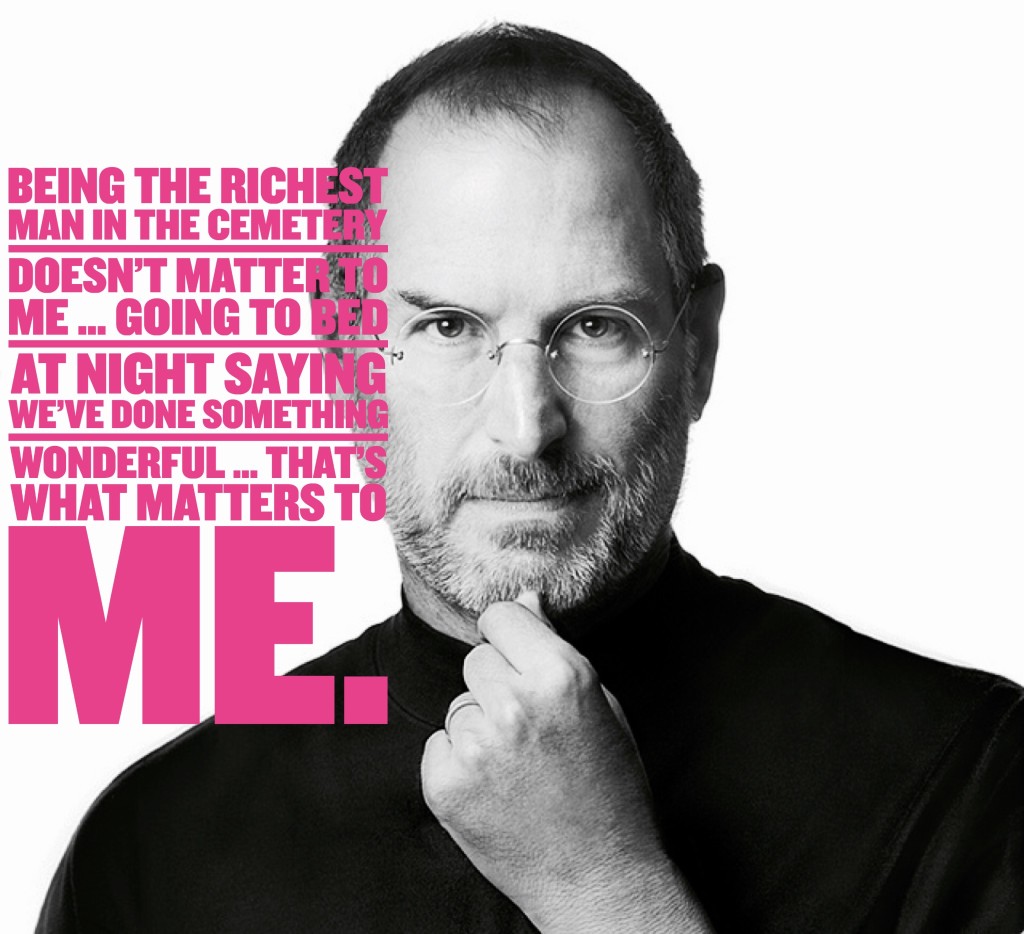 “I think if you do something and it turns out pretty good, then you should go do something else wonderful, not dwell on it for too long. Just figure out what’s next.” 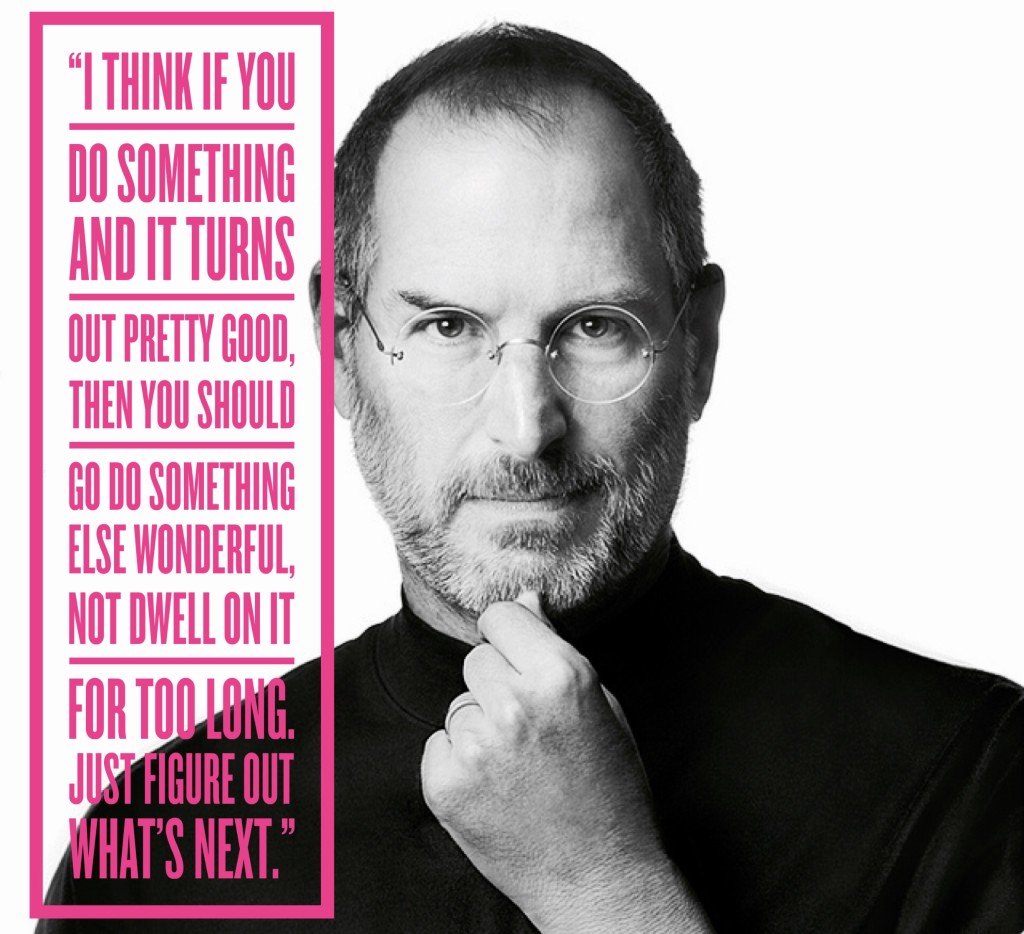 Our thought: do what you love. Steve believed that passion for your profession was the only way to truly be great.

“Creativity is just connecting things. When you ask creative people how they did something, they feel a little guilty because they didn’t really do it, they just saw something. It seemed obvious to them after a while.” 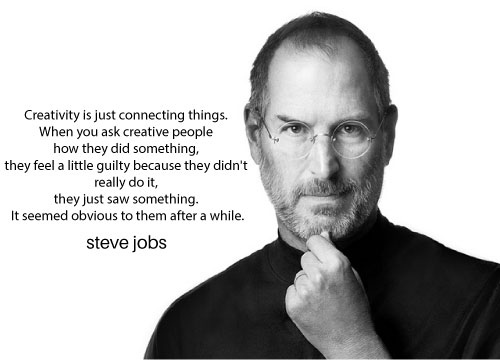 “Innovation comes from people meeting up in the hallways or calling each other at 10:30 at night with a new idea, or because they realized something that shoots holes in how we’ve been thinking about a problem. It’s ad hoc meetings of six people called by someone who thinks he has figured out the coolest new thing ever and who wants to know what other people think of his idea.” 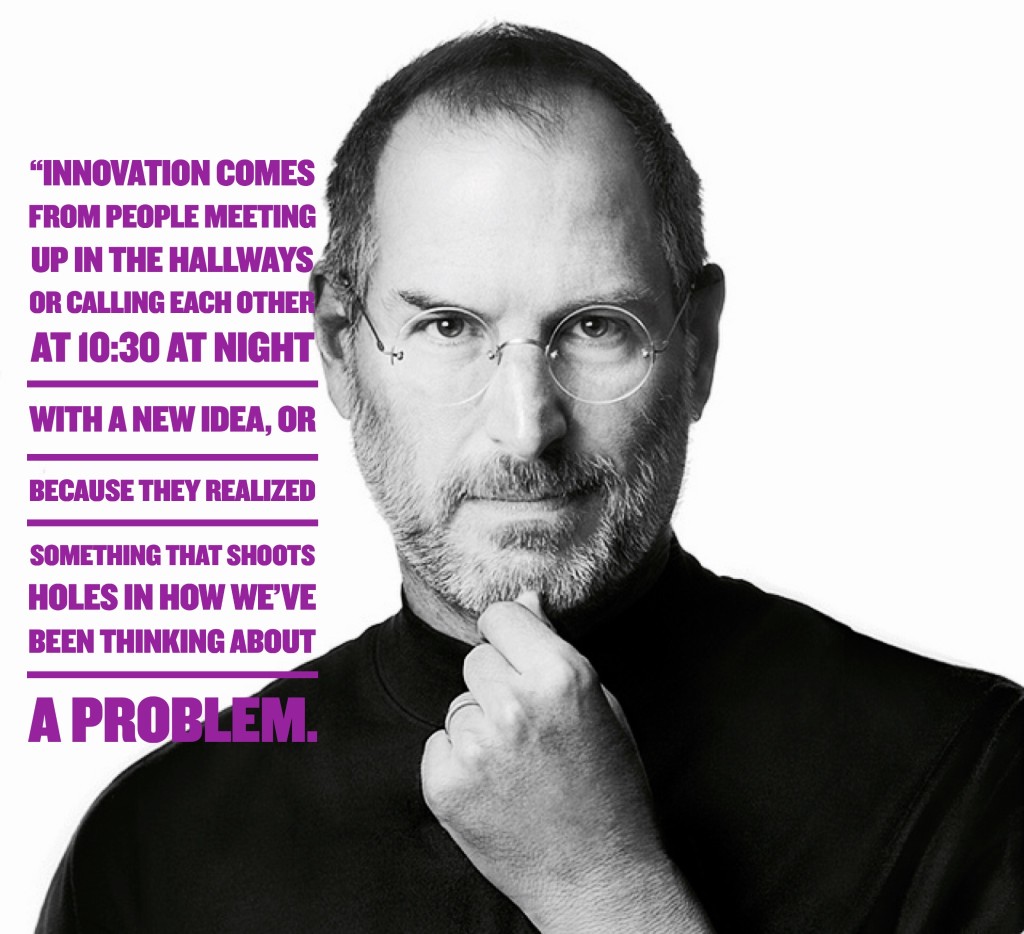 “Getting fired from Apple was the best thing that could have ever happened to me. The heaviness of being successful was replaced by the lightness of being a beginner again. It freed me to enter one of the most creative periods of my life.” 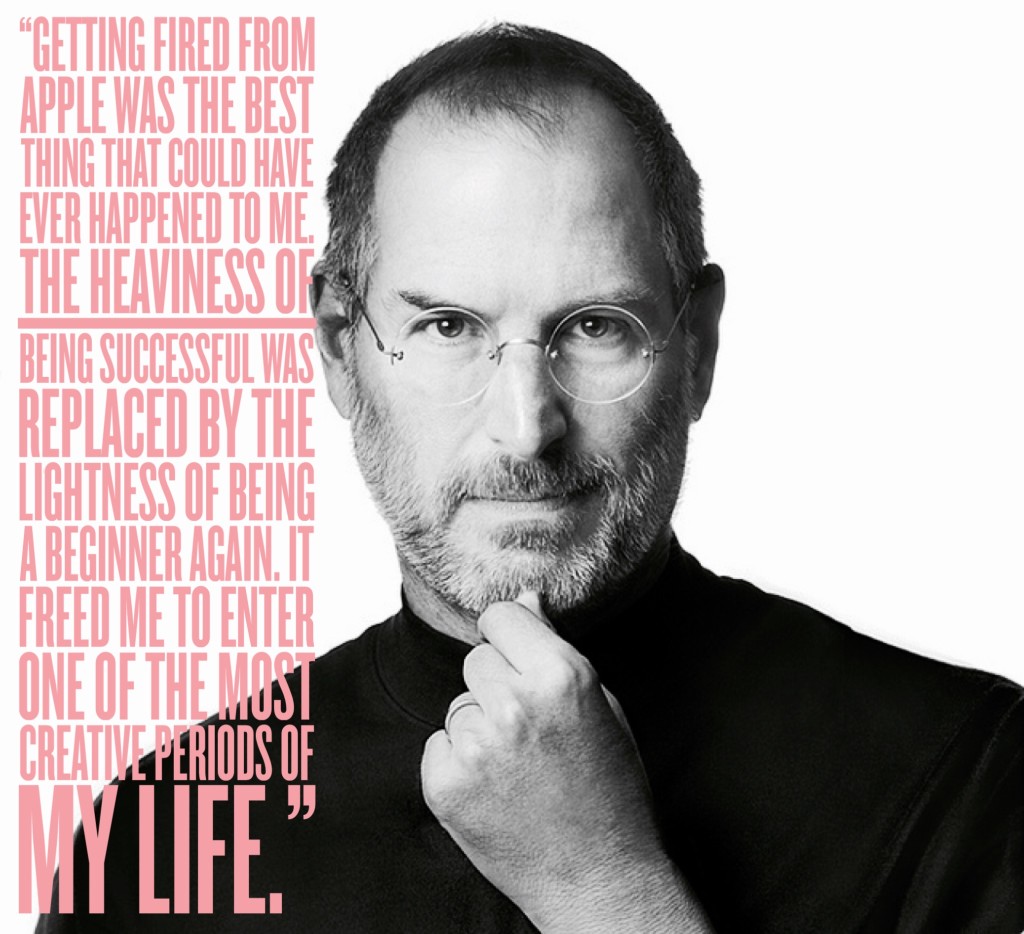 Be a yardstick of quality. Some people aren’t used to an environment where excellence is expected. 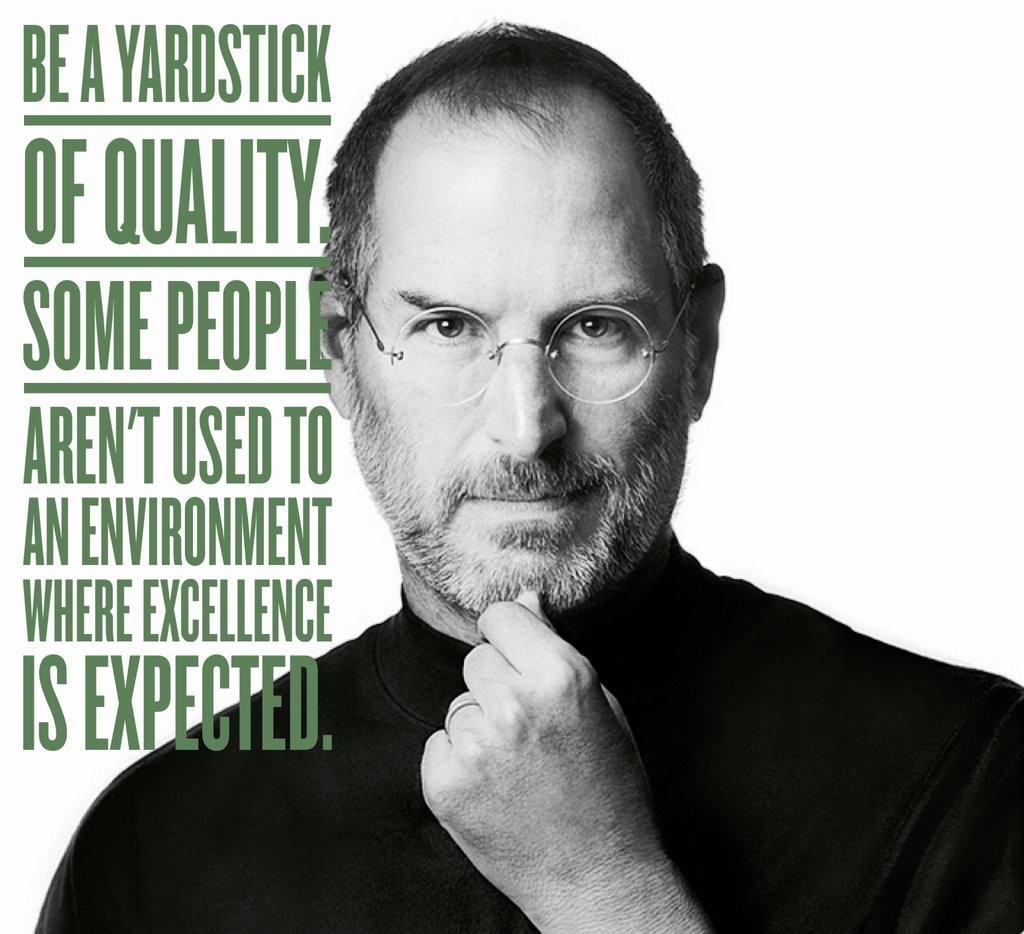 “When I was 17, I read a quote that went something like: ‘If you live each day as if it was your last, someday you’ll most certainly be right.’ It made an impression on me, and since then, for the past 33 years, I have looked in the mirror every morning and asked myself: ‘If today were the last day of my life, would I want to do what I am about to do today?’ And whenever the answer has been ‘no’ for too many days in a row, I know I need to change something.” 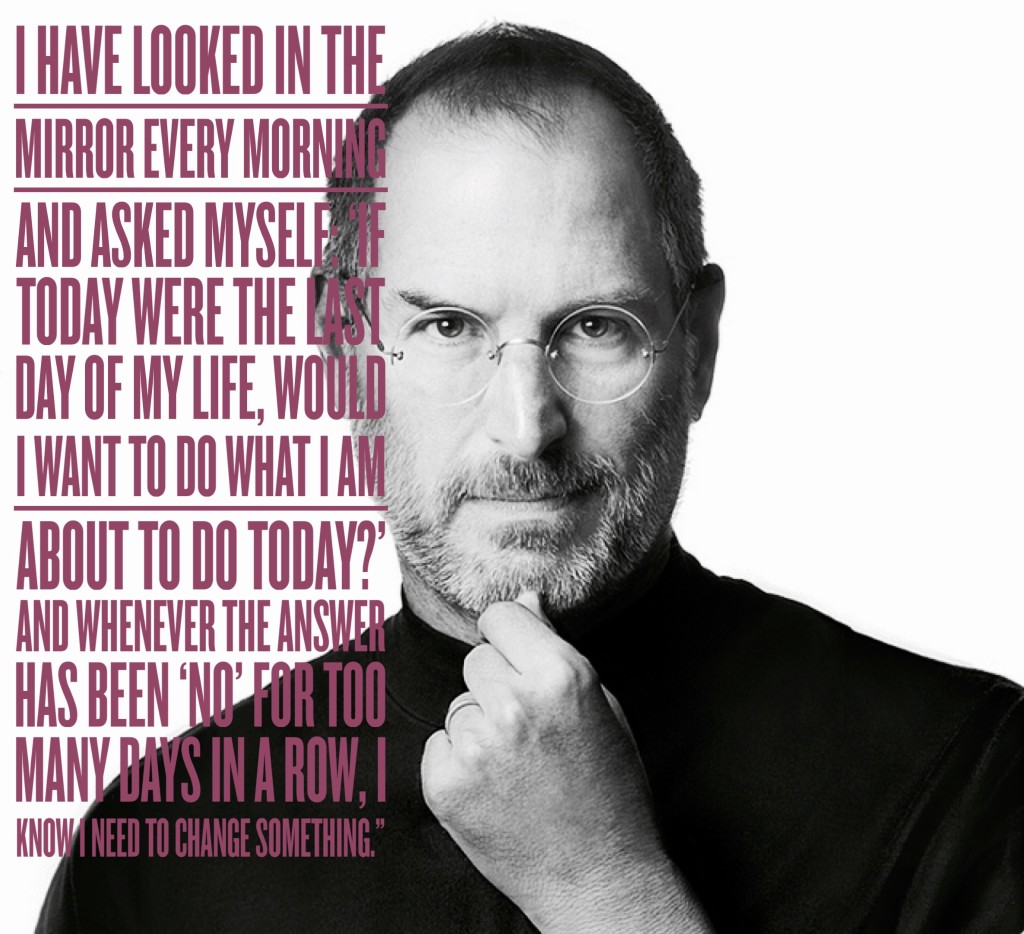 Our thought: Leadership isn’t about being liked, it’s about pushing your team to achieve their absolute best. Even at the expense of being labelled a tyrant.

15. On Attention To Detail:

Details matter, it’s worth waiting to get it right. 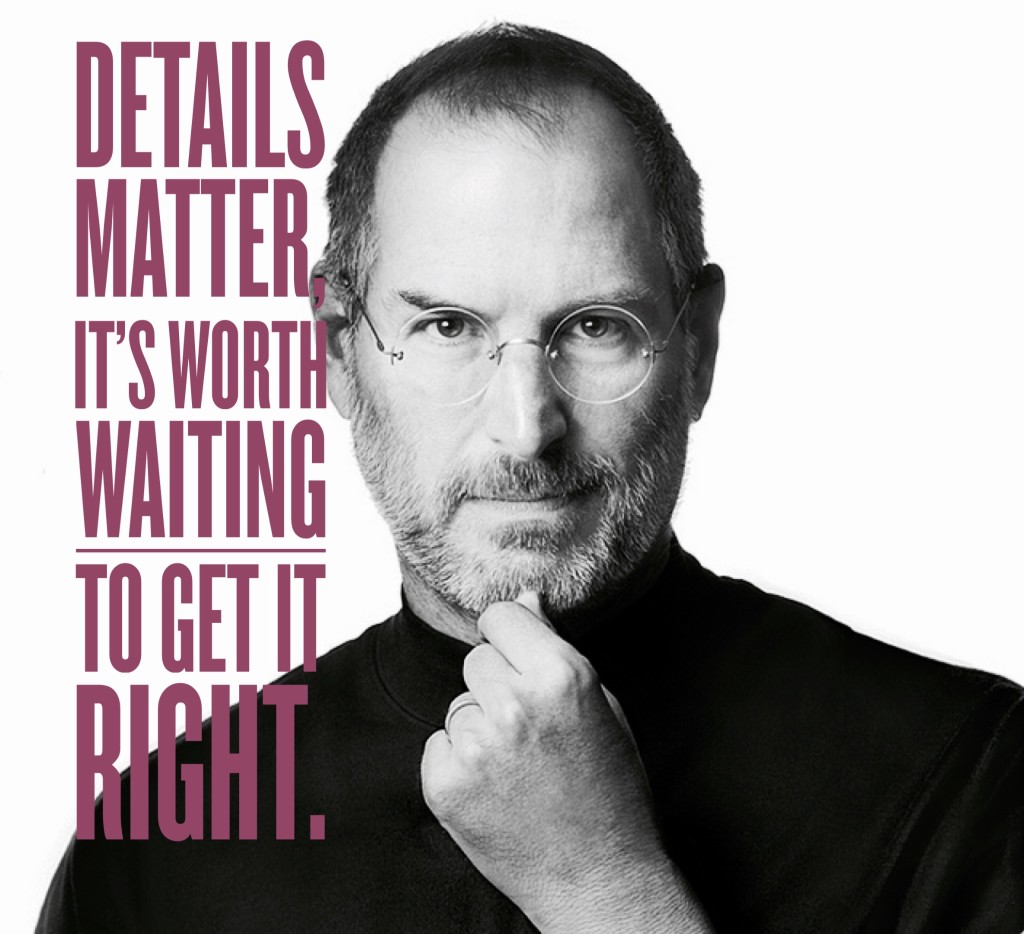 Innovation distinguishes between a leader and a follower. 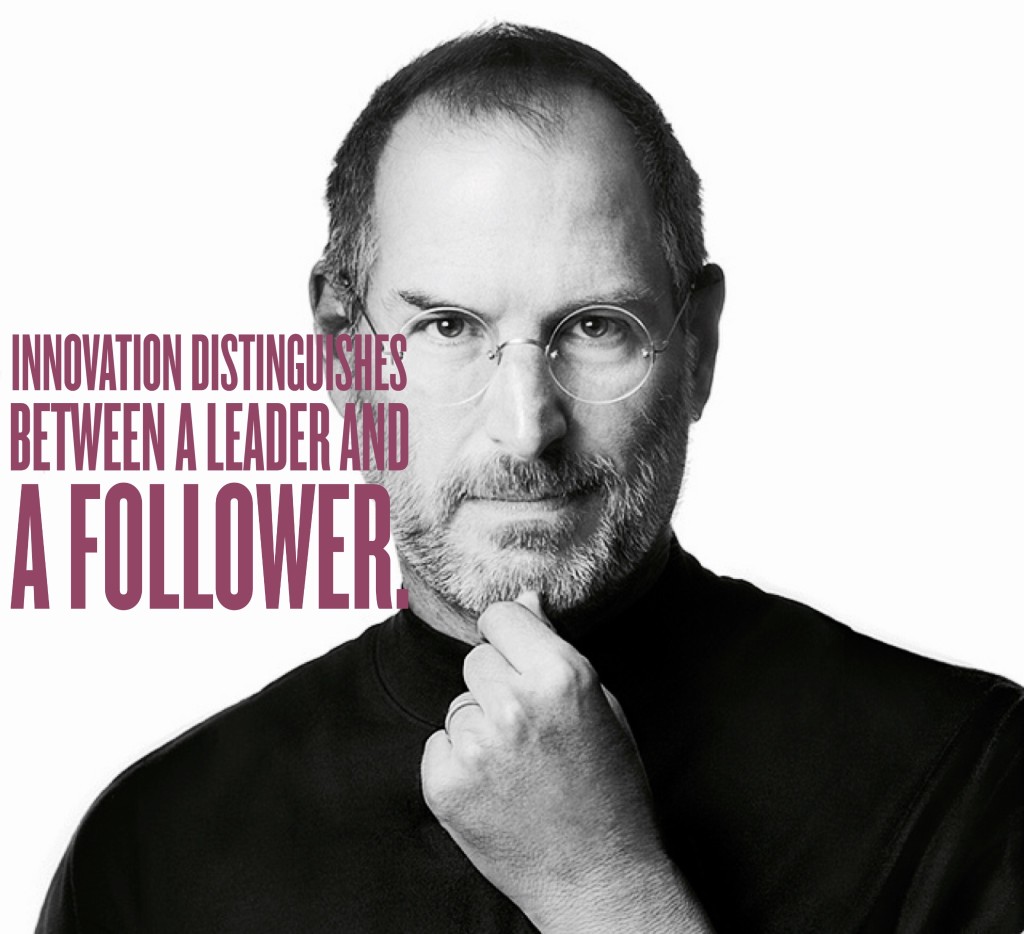 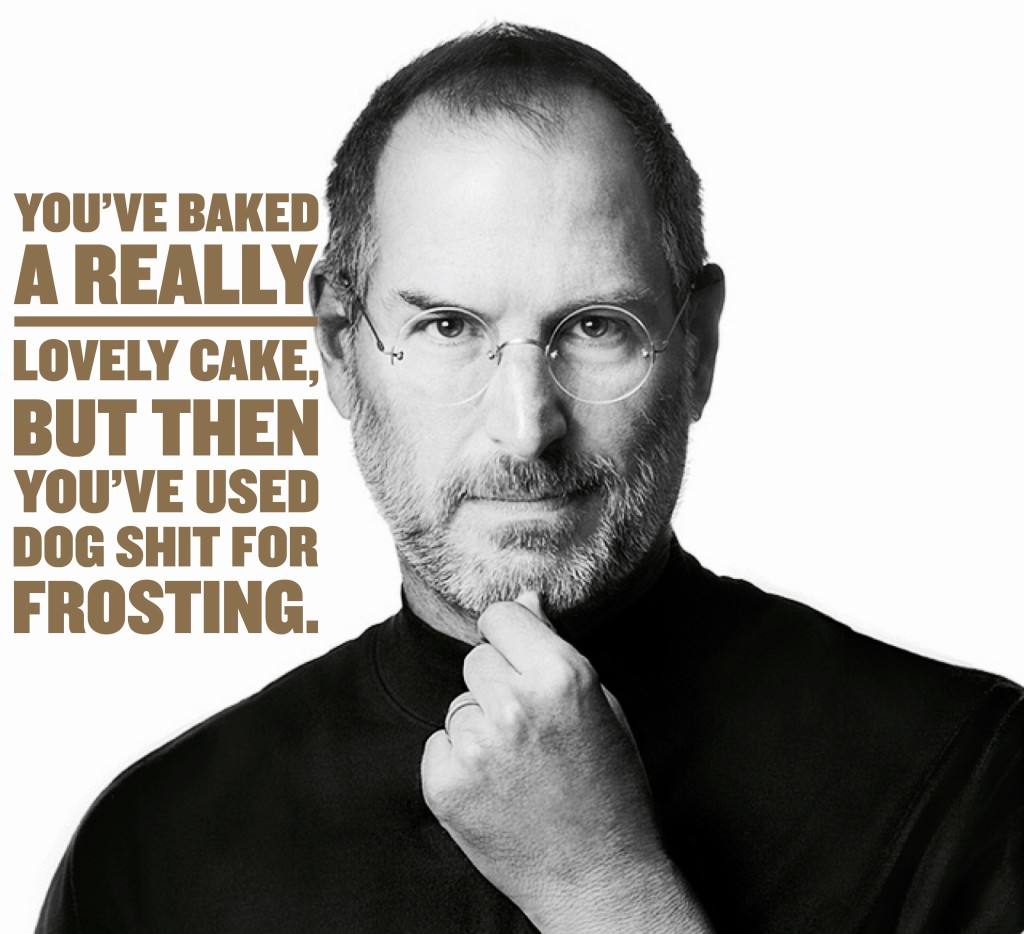 My model for business is The Beatles. They were four guys who kept each other’s kind of negative tendencies in check. They balanced each other and the total was greater than the sum of the parts. That’s how I see business: Great things in business are never done by one person, they’re done by a team of people.” 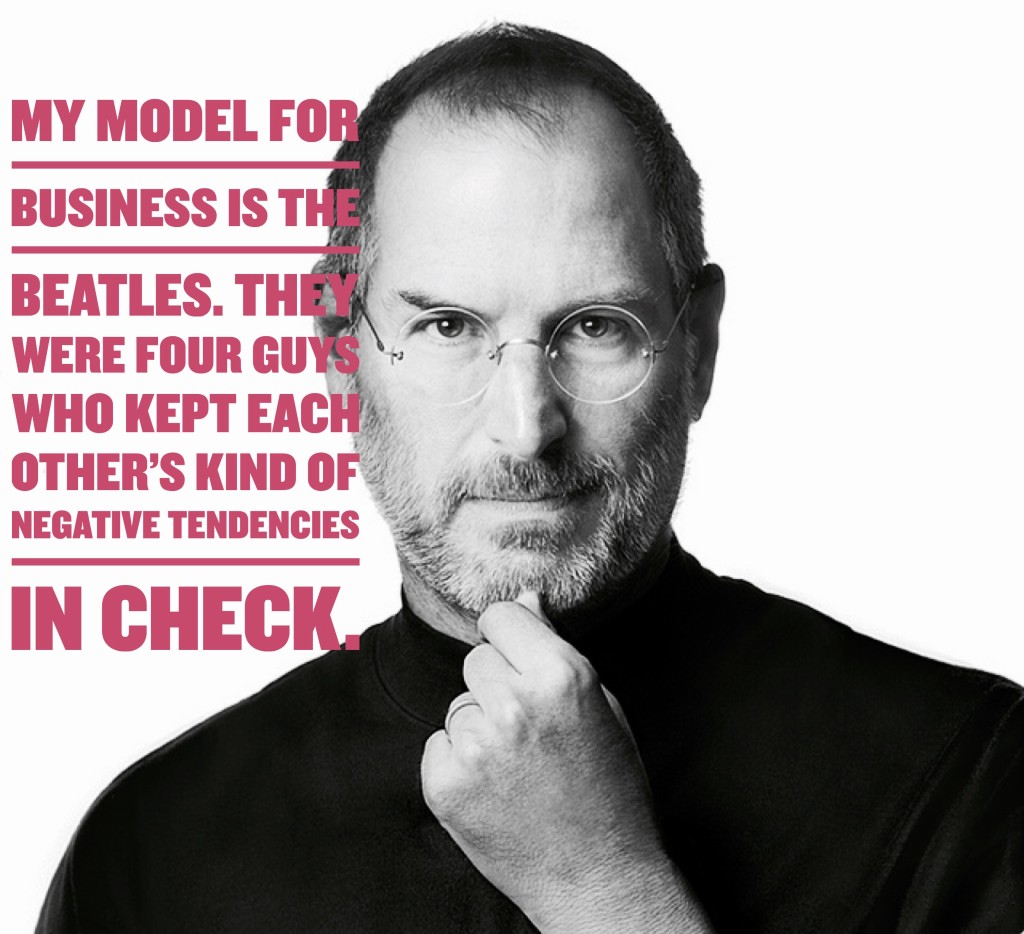 It’s better to be a pirate than join the Navy. 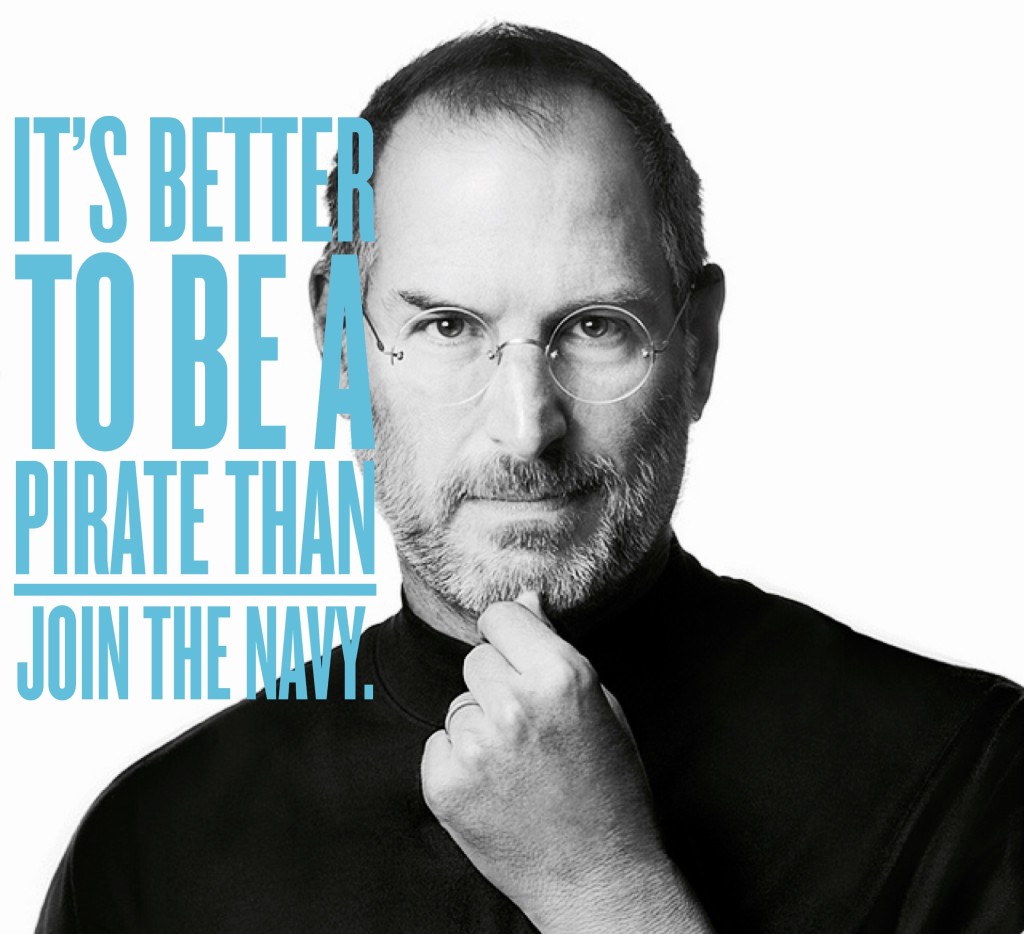 “Sometimes when you innovate, you make mistakes. It is best to admit them quickly, and get on with improving your other innovations.” 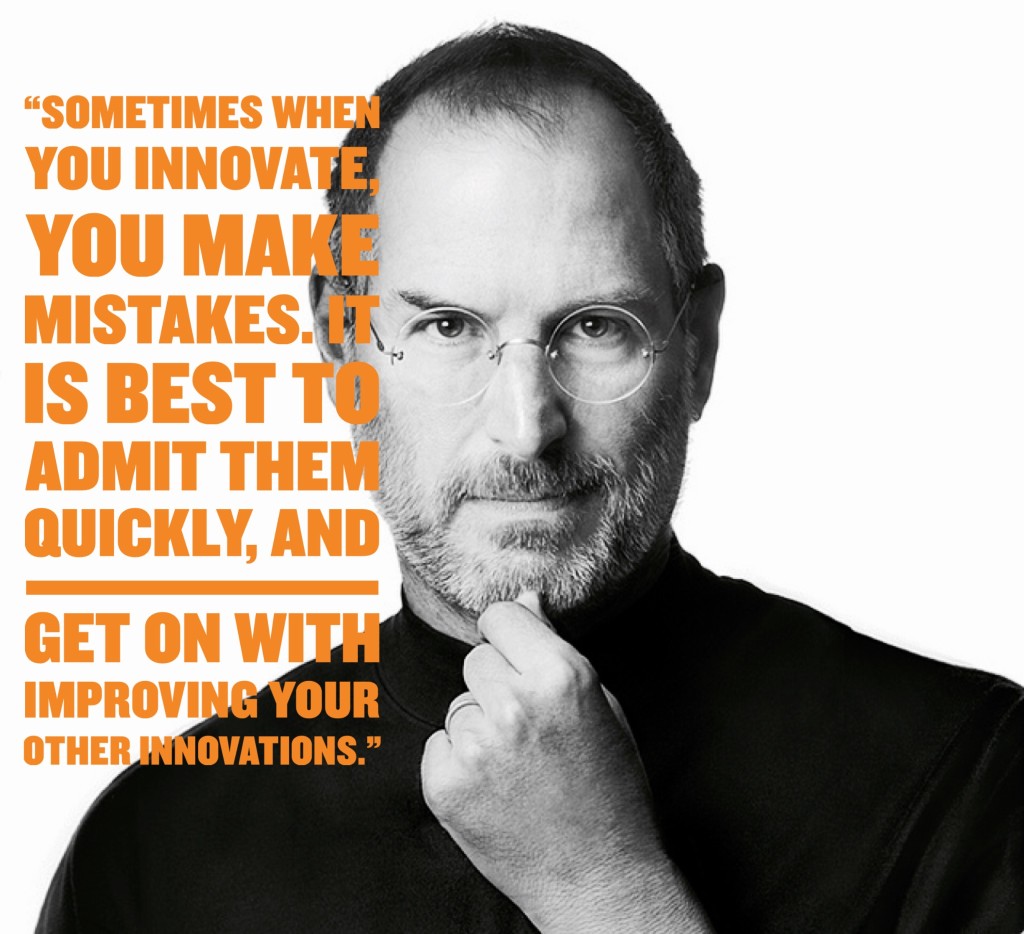 There you have it. The most inspiring Steve Jobs quotes on work, design, life and love. We hope you can apply these to your day to day life.

If you have any we may have missed, add them to the comments.

The 50 Best Quotes About Moving Forward and Letting Go