It’s no secret that working hard seems to be the deciding factor between those with talent who fail, and others who put that talent to work and excel.

As the saying goes:

Often times, though, we fail to pursue our goals and dreams because of the fear that we aren’t naturally talented enough. We fear that we don’t have that innate ability or cannot simply teach ourselves to master a specific skill.

Thankfully, this idea is false. In fact, more and more research is available that actually proves the opposite is true.

Success is more a combination of how hard one is willing to work or practice than the god given talents we are born with.  What’s also common is that we see this in a variety of industries from the business world to professional sports.

Malcolm Gladwell, in the novel “Outliers”, talks about the 10,000 hour rule and highlights how focusing on perfecting ones craft—through intense practice— is the biggest contributor to that persons success. In essence, hard working individuals with less talent can make up for it with approx. 10,000 hours of focused practice. And the greatest part about that is that it’s applicable in any industry.

In the case of Bill Gates, it was the ability to have access to a computer and log 10,000 hours of programming time. For The Beatles, it was playing 1200 1hr live shows to smaller audiences that would prepare them for stadium concerts and super stardom. Both are examples of very talented individuals. But the common theme is taking that talent and supporting it with a fierce and committed work ethic. And there are many more examples out there.

Whether you’re struggling to get started, or motivating yourself to keep going, this list will help you change that.

Below, are 40 of the most inspiring quotes about overcoming setbacks, and the value of a strong work ethic.  We hope these inspire you to achieve what once may have seemed impossible.

40 Inspiring Quotes For Those Who Work Hard


1) “Good things come to those who work their asses off and never give up.” – Unknown

Related: Motivational Quotes – 46 Sayings That Will Help You Conquer Everything

2) “Talent is cheaper than table salt. What separates the talented individual from the successful one is a lot of hard work.” – Stephen King

4) “The difference between try and triumph is just a little umph!” – Marvin Phillips

5) “I learned the value of hard work by working hard.” – Margaret Mead

6) “Always make a total effort, even when the odds are against you.” – Arnold Palmer

7) “Nothing worth having comes easy.” – Theodore Roosevelt 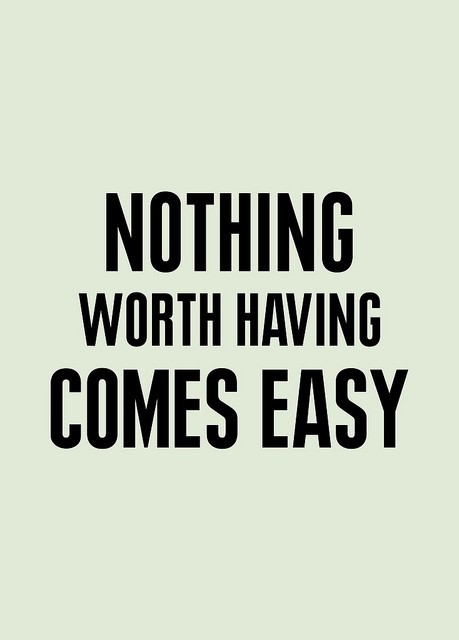 8) “Nobody ever drowned in his own sweat.”  – Ann Landers

9) “In the middle of difficulty lies opportunity.” – Albert Einstein

10) “Many an opportunity is lost because a man is out looking for four-leaf clovers. “ – Anonymous

11) “The dictionary is the only place that success comes before work. work is the key to success, and hard work can help you accomplish anything.” –  Vince Lombardi

12) “I’m a greater believer in luck, and I find the harder I work the more I have of it” – Thomas Jefferson

13) “All roads that lead to success have to pass through hard work boulevard at some point.” – Eric Thomas 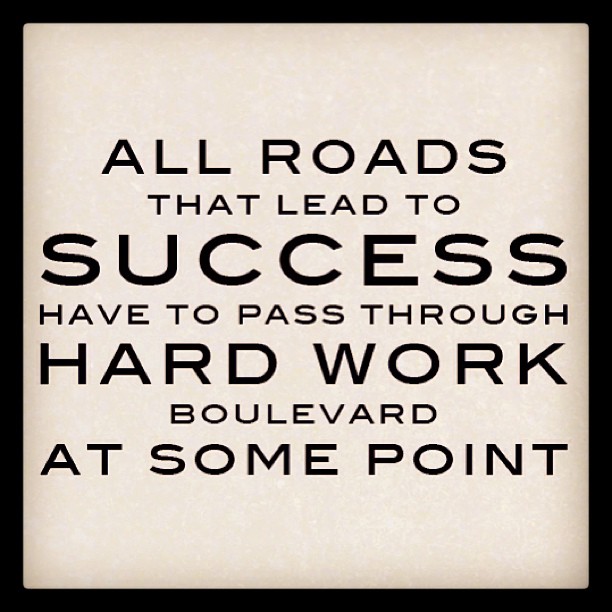 14) “Satisfaction lies in the effort, not in the attainment. Full effort is full victory.” – Mohandas Gandhi

15) “The difference between the impossible and the possible lies in a person’s determination.” – Tommy Lasorda

16) “The trouble with opportunity is that it always comes disguised as hard work.” –  Anonymous

17) “Without labor nothing prospers.” – Sophocles

18) “All the so-called “secrets of success” will not work unless you do.”  – Unknown 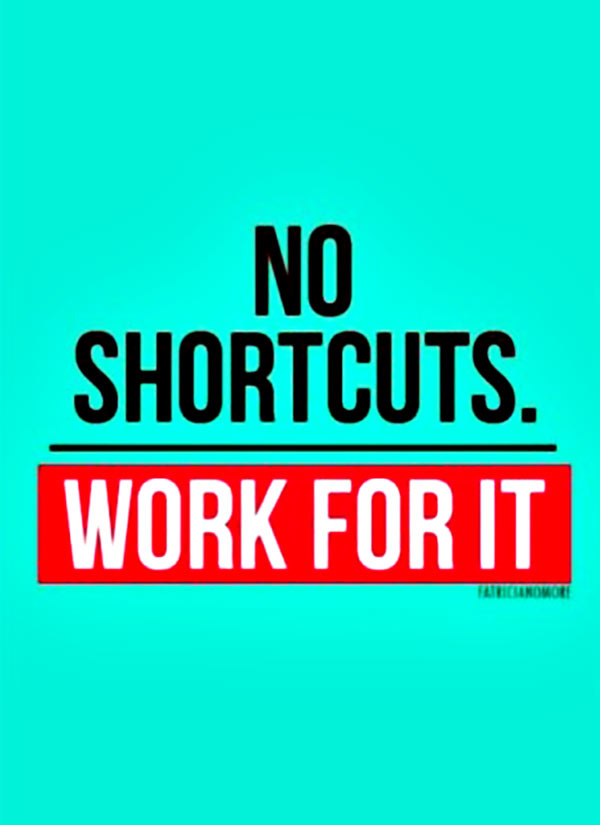 21) “Working hard is great, being lazy sometimes is great, but failed potential is the worst.”  – Campbell Scott

22) “The world belongs to the energetic.” – Ralph Waldo Emerson

24) “The first and the best victory is to conquer self.” – Plato 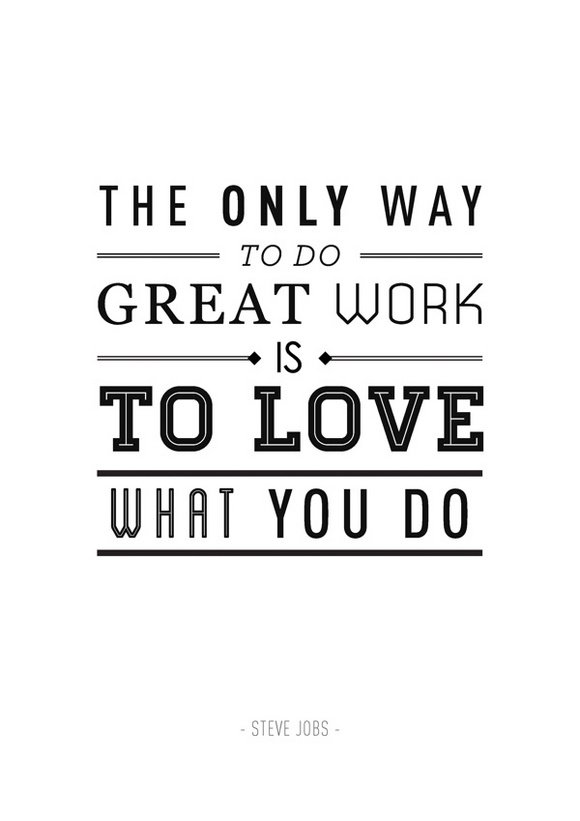 26) “Fill the unforgiving minute with sixty seconds‘ worth of distance run.” – Rudyard Kipling

27) “There are no shortcuts to any place worth going.” – Beverly Sills

28) “You just don’t luck into things. You build them step by step, whether it’s friendships or opportunities.” – Barbara Bush

29) “The first one gets the oyster the second gets the shell.” – Andrew Carnegie

30) “Too many people are thinking of security instead of opportunity. They seem more afraid of life than death.” –  James F. Byrnes

31) “Opportunities are usually disguised as hard work, so most people don’t recognize them” – Ann Landers 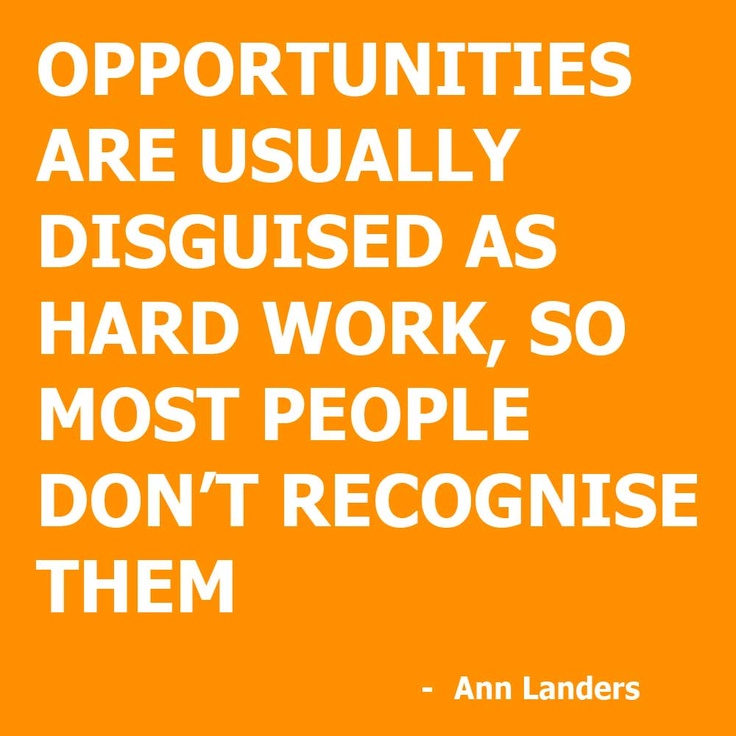 32) “The difference between ordinary and extraordinary is that little extra.” – Jimmy Johnson

33) “In a free society, every opportunity comes with three obligations. First, you must seize it. You must mold it into a work that brings value to others. Second, you must live it. Opportunity is nurtured only by action. Third, you must defend the freedom to pursue opportunities. You must embrace these three obligations as if the future of the United States depended on it. In fact, it does.” – Robert C. Goizueta

34) “Striving for success without hard work is like trying to harvest where you haven’t planted.” – David Bly

36) “Each problem has hidden in it an opportunity so powerful that it literally dwarfs the problem. The greatest success stories were created by people who recognized a problem a turned it into an opportunity.” – Joseph Sugarman

37) “Four things come not back: The spoken word, The sped arrow, The past life, The neglected opportunity.” – Arabian Proverb

38) “The highest compliment that you can pay me is to say that I work hard every day.” – Wayne Gretzky

39) “A good idea is about ten percent and implementation and hard work, and luck is 90 percent.” – Guy Kawasaki 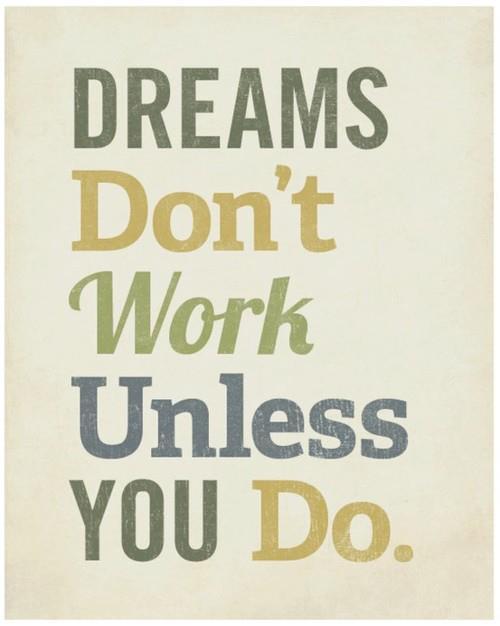 Motivational Quotes – 46 Sayings That Will Help You Conquer Everything

30 Famous Success Quotes You Should Live By

Do you have any inspiring quotes for those of us who work hard?

Let us know in the comments!