Blair Waldorf is the main character in all versions of the popular series Gossip Girl. Best friend to Serena van der Woodsen, and eventual wife to Chuck Bass, she’s the tough but tender “Queen B” of the Manhattan social scene.

And as the lead, she is given some of the best quotes and dialogue in the entire series. This was no different on the television version where Leighton Meester played her to perfection.

The series officially ended in 2012, but after binge watching some episodes on Netflix recently, we remembered how many memorable lines her character had over the shows 6 season run. For that reason, we’ve decided to compile some of Blair’s most memorable lines on life, love and everything in between.

Blair Waldorf Quotes: 30 Words of Wisdom On Life and Love

“Once men have tasted caviar, it baffles me how they settle for catfish.”

Our thought: One of her most classic lines. It perfectly sums up how people settle for less in relationships. 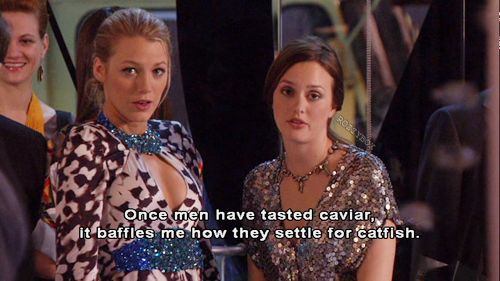 Our thought: Blair adds abit of humour on this one.

“I love you more and more every day if it’s even possible to love someone that much.”

Our thought: We’ve all felt it at least once. The kind of love that completely consumes you.

4. On A Failing Relationship:

“All this time I’ve blamed you. For pulling me into the dark. But I was wrong. It was me who brought out your dark side.”

Our thought: Another one of those tough break up moments. The realization that you’re with someone who brings out the worst in you.

Our thought: Blair keeps it simple here. If you hate your job, or have one of those insane bosses no one can stand, quit. It really is that easy.

“Destiny is for losers. It’s just a stupid excuse to wait for things to happen instead of making them happen.”

Our thought: One of our absolute favorite quotes because it’s both accurate and motivational. Get out there and make things happen. 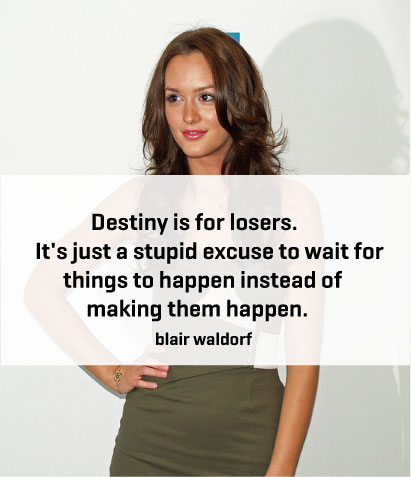 7. On Not Being Together:

“Just because we can’t be together doesn’t mean I don’t love you.”

Our thought: This one perfectly captures one of those moments in a difficult break up.

“If you really want something you don’t stop for anyone or anything  until you get it.

Our thought: Another super motivational quote. What a great way to talk about the importance of never giving up on something. 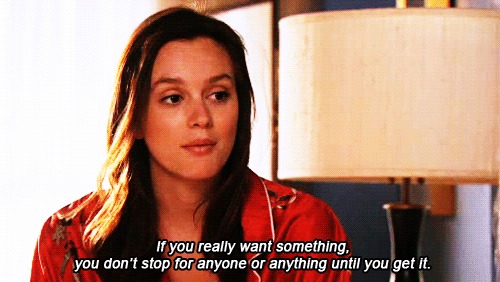 “What we have is a great love. It’s complicated. Intense. All-consuming. No matter what we do and how much we fight, it’ll always pull us in.”

Our thought: Another classic about the intense feeling of an all consuming love. 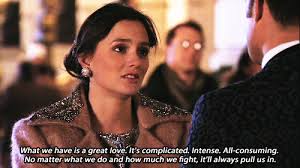 Our thought: A great quote on being taken for granted by someone.

“People don’t write sonnets about being compatible, or novels about shared life goals and stimulating conversation. The great loves are the crazy ones.”

Our thought: Another classic about that crazy in love feeling every one will feel at some point. Classic. 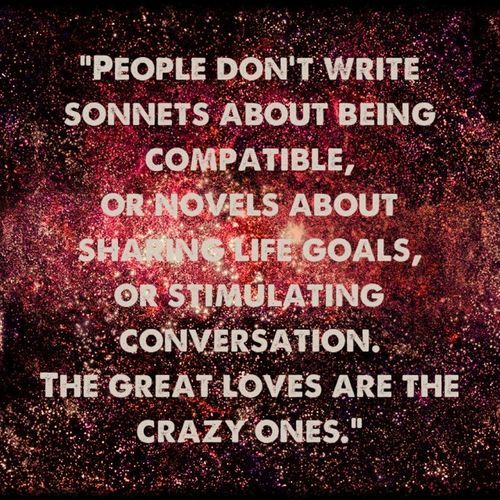 “I kissed someone. And it was truly a life-changing experience.”

Our thought: We’ve all had those incredible connections before.

“Fashion is the most powerful art there is. It’s movement, design, and architecture all in one. It shows the world who we are and who we’d like to be.”

Our thought:  So well said. Here, Blair gets extra poetic on her explanation of fashion and style. Well said lady.

“You can’t make people love you, but you can make them fear you.”

Our thought: Blair channels a little machiavelli in this classic quote.

“Three words. Eight letters. Say it and I’m yours.”

Our thought: It really is that simple sometimes.

“They say Rome wasn’t built in a day. And yet what a difference a day makes.”
Our thought: So incredibly true. One day you’re on top of the world, the next minute, you’re lower than low.

“You need to be cool to be queen. Anne Boleyn thought only with her heart and she got her head chopped off.”

Our thought: Blair gives advice on keeping your heart and mind in check.

“Whoever said that money doesn’t buy happiness didn’t know where to shop.”

Our thought: Blair borrows a quote from Bo Derek on this one. 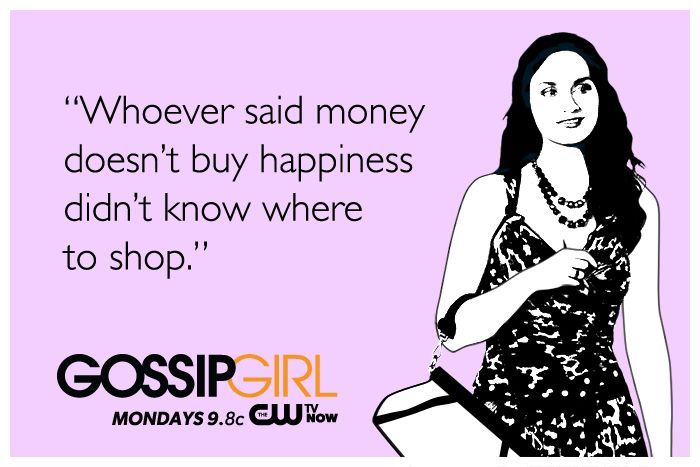 “Manhattan will do that to a girl. You’ll be happy to know, it never wears off”

Our thought: A reminder of the lasting effect New York has on us all.

“Feelings never do make sense. They get you all confused. Then they drive you around for hours before they drop you right back where you started.”

Our thought: What a great way to illustrate the turmoil you feel in those deeply emotional moments in life. 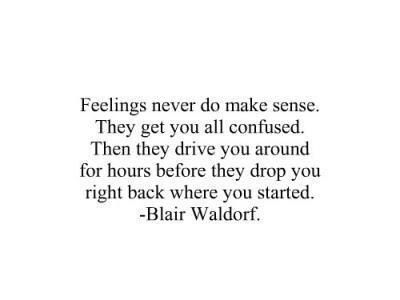 What are some of your more memorable Blair waldorf quotes. Who else would you like to see a collection of? Let us know in the comments.